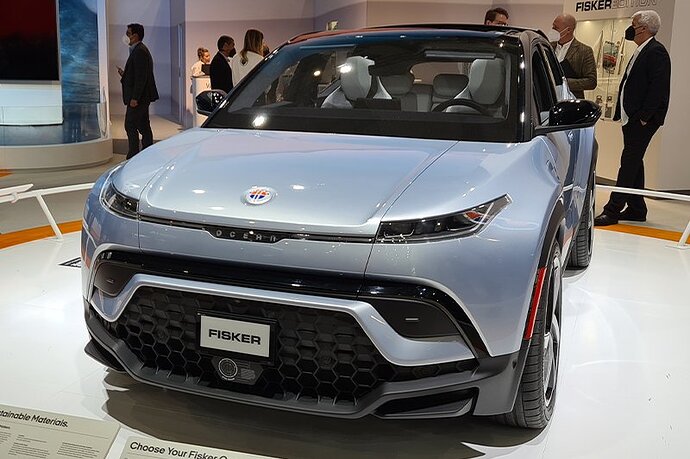 The Fisker Ocean comes with a roof almost completely covered in solar panels and a PowerHome feature to provide backup power to your house.

I have my doubts if that Fiskar will ever reach volume production….

How much panel can they actually get on such a smal roof, in today’s density, maybe 500W? If you drive in the optimal times of day. I think it is pretty gimmicky. Solar power is too dispersed. Maybe on an extremely light aircraft with a relatively large wingspan something like that you make a meaningful difference…

Saw today that the new Volvo XC60 T8 Recharge, plug in hybrid uses a 48v battery, just saying.
77 km all electric range,
107 kW electric motor, 18.8 kW battery, with a 2.0l petrol engine.
Starts at R1.2 million which in my opinion is quite a good price if looking at other vehicles in its class. 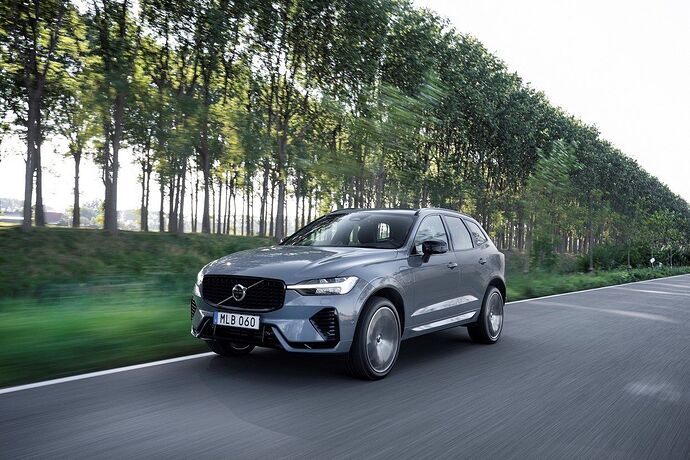 The XC60 T8 Recharge plug-in hybrid offers an appealing compromise between an internal-combustion-engined car and a battery-electric vehicle.

looking at other vehicles in its class

For me that is the issue. Normally I would not be looking at vehicles in that class

Also, it feels like you are doing away with the entire benefit of low maintenance of BEVs. Now you pay for two engines, and still need to do all the maintenance that goes hand in hand with ICE. And then the vehicle is much more complicated in general.

Also, 19kWh of battery with 110kW of motor… can’t imagine 6C is a great discharge rate unless they are playing with the numbers. Maybe your foot isn’t that heavy, but a 19kWh battery is too small in my mind to ensure longevity.

To me, the XC60 just isn’t a R1.2m (probably before extras) car. For that price I need space. So the XC90’s size. But for R1.2m I’ll buy a Prado, and live with the fuel expense. At least service would be much cheaper and I can expect the thing to get me all the way to retirement.

Now you pay for two engines

In my mind, I’m going to do that anyway (for the foreseeable future). The only question is whether the two engines will live in the same vehicle, or in separate vehicles.

Of course lugging a second engine along isn’t the most efficient thing to do, but I still find the idea of a small-range PHEV extremely appealing… I would strongly consider one if it was available. A Corolla-Cross PHEV for example… that would rock.

True. While I’ve yet to put my money where my mouth is (and therefore do proper research), I am leaning towards a city car, size based on family size, with a battery that can responsibly power it for about 150km.

I don’t need it to be very fast. Don’t even need to go over 100km/h. But I want to use it exclusively for my city driving. School runs, shopping, visiting people, etc. I don’t need to have any ICE capacity in the car.

If I could have one car that does both, it would be amazing… but, since I’ve recently bought a new family car, it would have to do for the next 10-15 years, hopefully longer, taking us on the longer trips.

@jykenmynie Like this one WeBuyCars | Sell Cars For Cash | Free Online Vehicle Valuations it’s on auction. I driven one and know someone that owns one. They not bad cars and got all the stuff for everyday driving.

I don’t think Toyota sees our market as being ready for EV yet, but I do think they should try out plug in hybrids here.
The Prius is already available in plug in hybrid in other markets with a 60 to 80 km electric range if I remember.

SOH bars are somewhat low on that one… 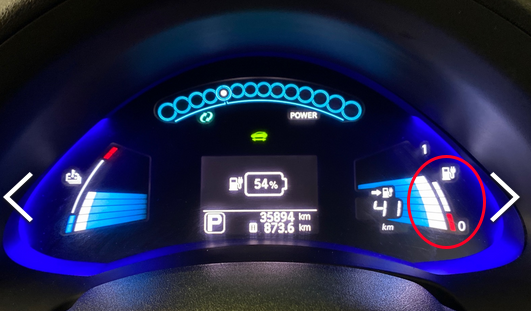 @plonkster well spotted. I will asked my friend what he paid to have his one replaced with new batteries.

I was literally just researching that. I see that car is on auction, and up to 215k already. Plus VAT and auction fees.

I see a replacement battery pack is around 5.5k USD, surely a bit more over here, but probably around 100k. So this guy is looking at a 350k overall price tag here, if I have to make a rough estimate. Which is probably about on par for a 9 year old EV with a new battery. Personally I think someone went in too hard on this one

If such an EV bank needs replacement, would it be more viable to keep the cells for one’s own DIY bank?

I like where you going with this one @TheTerribleTriplet

The re-use of this sells is big in the states and Nissan is selling Powerwalls with this sells in them. Rubicon cape town got one on display. 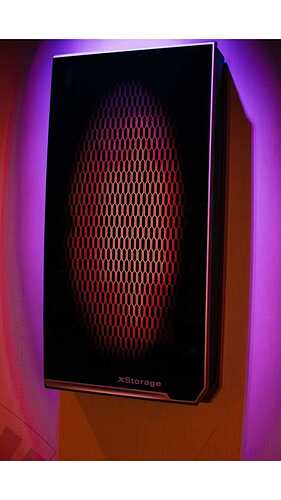 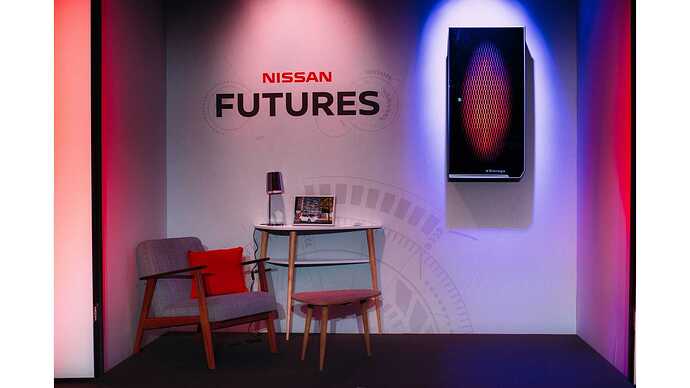 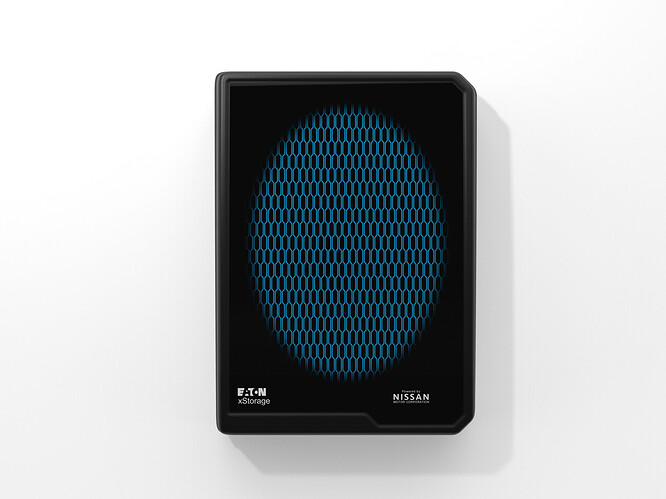 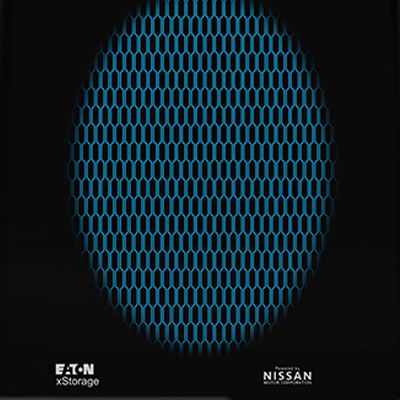 xStorage Home is an energy storage system, housed in a single unit, that integrates a battery pack and a hybrid inverter. xStorage Home provides solar power storage, harvesting renewable energy produced during the day to use in the morning, at midday...

I like where you going with this one @TheTerribleTriplet

Been waiting for that to happen for years now. Even have 2nd Life cells from a broken-up EV bank I’m told. And Revov has been doing it for years now.

Methinks if a new bank costs you $5.5k, and that Nissan Powerwall costs like $4.5k, there could be a sweet spot to keep the bank UNLESS the $5.5k is the “discounted price” after returning the cells?.

One needs to find that out.

All the car OEM are talking about recycling the old batteries in some sense so you can use them to power your house, but it all seems like vaporware to be honest.

Chances are that your house will already have some batteries which are incompatible. Now you need to find a place to put your aged 800v Porsche battery. With all the kit needed to make this work with your existing inveter I’m pretty sure it will be cheaper and easier to just buy a few more pylons ( that will be new and warrantied )

We a bit behind with this sort of stuff in SA. Go check what the guys do in the states side. You get plug and play stuff. You take a tesla battery unit, plug a already made bms system that communicates with the batterie and you plug it in to your system. Sorted and you go on with your live.

Even with the Nissan Leaf sells you get Batrium bms that will work on it. LeafMon 8W - BMS cell monitor unit – Batrium 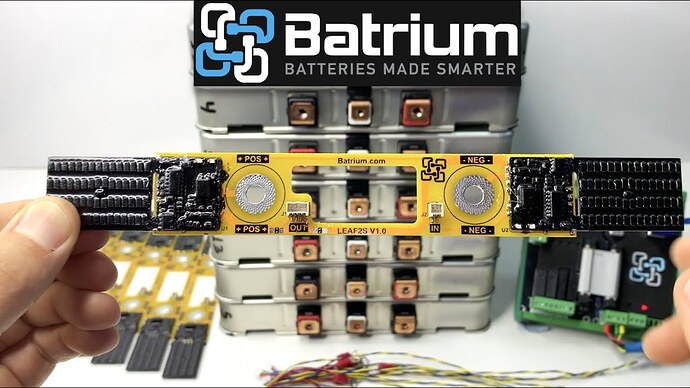 Even the orion bms tha freedom won use in the units works with the Nissan leaf cells so they make it easy to diy stuff. https://www.orionbms.com/manuals/pdf/nissan_leaf_modules.pdf

DIY will always be cheaper to some point, it’s just how far you will take it.