Well, looks like Chery is building EV vehicles. I was busy checking out there new Tiggo 4 Pro and the 8 Pro and then I spotted on there international site that they have a EV vehicle. 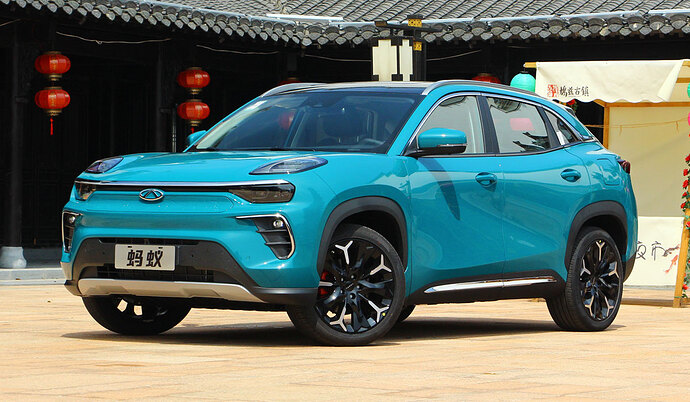 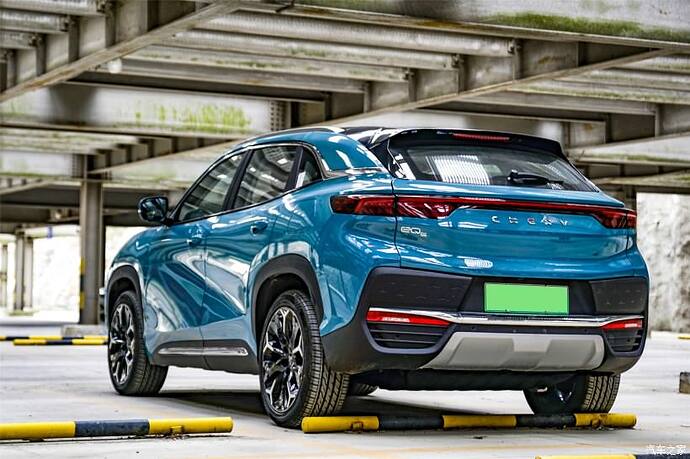 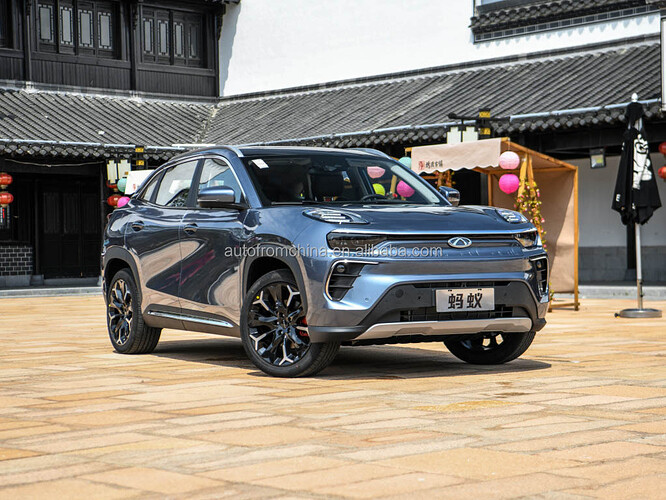 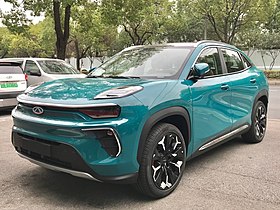 The Chery eQ5 (codeproject S61) is an electric Compact crossover SUV by Chery. The Chinese name Ant (蚂蚁) is for creating an Ant-themed electric vehicles family within the NEV product series Chery. The company already has an electric city car in the product line called the Little Ant (小蚂蚁) in Chinese or Chery eQ1, and launched the Chery Ant Concept in 2013. In August 2019, Chery NEV officials mentioned that the firm was developing an all-aluminum platform for pure electric vehicle models and wi...

Still will be too expensive in SA, unless you can convince the tax man otherwise…

Still will be too expensive in SA

It seems our only hope is to have one assembled locally. A Chery at over half-a-mill is still a big ask though.

@Rautenk @plonkster I actually drop Chery SA a msg on the Fb page. They responded really fast and ask my details. Then one of the local Sales guys gave me call in my area, and see that I’m interested in a Tigga. I’m like nope, I want I eQ5. And he was like hhhmmmmmmmmmmmmmmmmmm.

Then I explained him that it’s there EV car and that he needs to check there web page. Then he was ooooooo yes, they were actually planning to bring it in 2022 and but there isn’t like a lot charging pints and we have load shedding and blablabla and that they planning to do it in 2023 and Haval is planning to do it to.

Then I schooled him and told him where to go check on a app where all the charging points is in Cape Town and on the N2 and all the local EV brands in SA and guys like us that own solar system. He change his story and said I did my home work. So I will drop Chery SA a mail with all the info and stuff to see what there responds will be. I want a price on this vehicle. I like this eQ5.

My price point for an EV is still 400k-500k. Strictly below half-a-mill, otherwise the ICE-vehicle wins in the TCO stakes (total cost of ownership). But I’ve never bought anything new either, so maybe the trick is to wait for something that will be in that bracket AFTER 3-years of devaluation.

Jip. I’m with you on this one with the Price range. I will push it to R600k. You can pick up old Nissan leaf now for between R200k and R300k now on the market, problem is the traveling range on them. WeBuyCars | Sell Cars For Cash | Free Online Vehicle Valuations

That’s why I want a price on the eQ5 from them to see what they go for. I commute everyday to work and do a avg of 370km a week/5days. My car give me a avg of of 12.5kml so that’s allot of money a week and in a month time.

I’m in the market for an new car and know someone that bought the new RAV hybrid and checked it out. The corolla sedan hybrid price is really good to . After my wife seen the new RAV hybrid she wanted to sell her Rav and get one.

Interesting think @plonkster the eQ5 is the same size as the new RAV4. I did a size comparison yesterday on them. I’m impress with this eQ5. There some you tube videos on it.

I’d go that high for the RAV4 Prime PHEV. Because then a single vehicle does everything for me. The difference from my current (main family) vehicle up to that, after you subtract running and service costs, would make it achievable.

If I need to keep two separate vehicles, the second one must be below 500k. Preferably far below that. I’m a firm believer in spending money on a nice house rather than a nice car.

Nice, plugin hybrid. That can do to, But lest check how the next 2 years turns out and lets see what Chery responds will be.

I have also picked up chatter at my local VW that they are not at all happy about the EV’s coming in.

I expressed my interest in the ID3 back when they were released in 2019 at my local VW dealership and every time I take my car in for a service they try to sell me a ICE car.
When you say: No I want a EV
Its always the same line: Where will you charge? What about the range? Eskom bla bla

Legacy automakers with dealership models are going to have a rough time if they can’t get everyone to toe the party line.

CarWow (British thing) tested the Skoda Enyac. This is supposedly on par with the VW ID4. Granted, he did test it at 60 miles per hour (100km/h), but I was somewhat disappointed in the 3.1km/kwh figure. Cost-wise (using Cape Town electricity cost), it costs the same to run that as a Corolla Cross hybrid. But a BMW i3 apparently does about twice that distance…

@plonkster Check this one. Looks like there is plugin hybrid to. 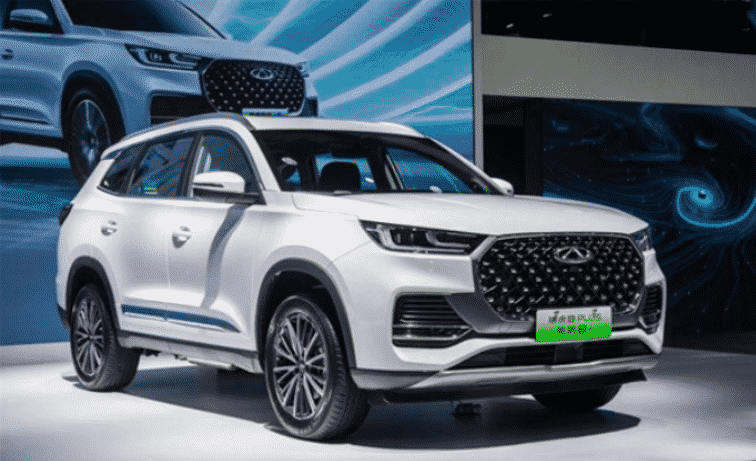 It has a hybrid system with dual front motors, a single rear motor, and a 1.5T engine. It takes only 4.9 seconds to accelerate and has a great performance with a total fuel consumption of 1.0L/100km.

A Kunpeng DHT hybrid power system powers the Chery Tiggo 8 PLUS Kunpeng e+. It consists of a 1.5 turbocharged petrol engine and two electric motors, one at the front and one at the rear. The front twin motors, single back motor, and super-shun TSD dual-axis drive give 326 hp and 510 Nm power. The vehicle is fitted with a ternary lithium battery (19.27 kWh) that enables a range of 100 kilometers on its own. The exact time, according to the European NEDC, fuel consumption is reported at 1 liter per 100 kilometers with an impressive 0-100 km/h acceleration time of 4.9 seconds. 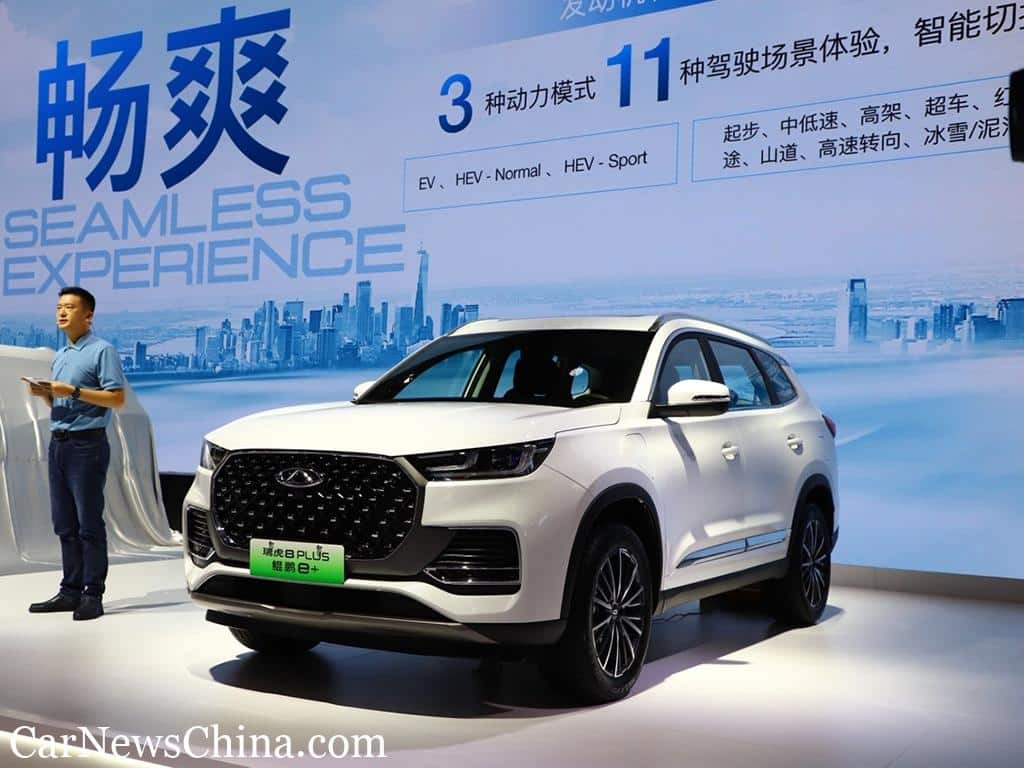 Chery has recently planned on coming back to Malaysia. The Chinese automaker hasn’t launched a car... 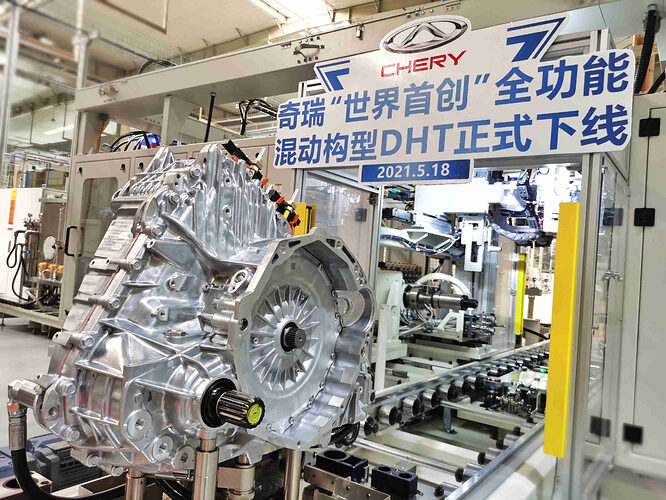 Chery is bound to disrupt the vehicle industry with its leading, new hybrid propulsion system scheduled for production later this year. Called the Chery DHT Super Hybrid system, it promises to offer class-leading efficiency and power and also a...

This is interesting, the driving numbers. 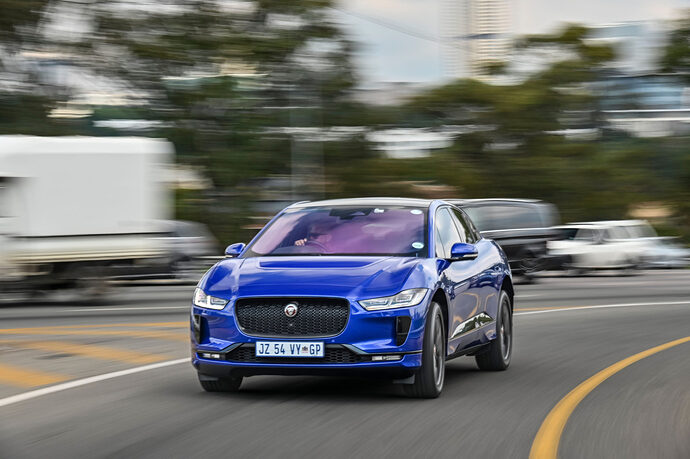 EV versus ICE - A cost per kilometer comparison - Popular Mechanics

South Africa may be behind the curve when it comes to electric vehicle adoption, but as the shift to mainstream EV acceptance edges closer, more and more

I want to get back to TCO - total cost of ownership.

The car is subject to around 8% or so devaluation in a year, so that’s another 24k.

That’s why I am not impressed by “cost per km” comparisons. They rarely fold in the big components, opportunity cost and devaluation. Also, the EV will not do 12 000km a year, it will likely fill in for our second vehicle (a KIA Soul worth about half as much as the RAV), which does 5000km a year.

Thought about what you posted … I agree. May drive at R0.30c per km actual costs, but not when you add all the other bits like the finances and higher insurance costs, of a new EV.

Me still think if I win the lottery, to make a diesel/electric out of Suzi.

In fact, has anyone really been looking at car prices lately? I just looked up the car I bought two years ago, it appears to have appreciated slightly in value. Second hand market probably boosted by the price of new cars.

Indeed, take that car of yours as an example. Let’s just assume it is worthless to make the math easy. The upside to that is you don’t have to insure it (other than 3rd party), since it is worthless. Your devaluation is zero. There is no opportunity cost. Your TCO is the annual service, licensing, and fuel.

If you go and buy the cheapest second-hand EV right now off Autotrader, you need to spend 400k on a BMW i3. Opportunity cost on that alone is over 20k. Are you going to save R20k in fuel with an EV? Probably not…

… if you charge it solely with solar power

I don’t even spend R2k per month on diesel. no EV in my future planning.

In fact, has anyone really been looking at car prices lately?

Just spit-balling:
I want to retire back to ZA from Ireland at year-end. I think Putin has put the kibosh on this happening in the next year or so. My pension has taken a serious knock and will need a 12months+ at least to recover.

I understand if I own and use a vehicle for 12months in another country, I qualify for a rebate on customs duty as a returning resident if I import a vehicle.

Maybe I should consider buying a second-hand EV and parking it for a year over here?