I have to use 2 x Zigbees on a farm on the West Coast later this week as the Eskom Pole (Point of Zero) is appr 280 meters from the location where the PV inverters would be mounted. We opted to go with the Zigbee vs trenching and a cable. As I never had the need for using zigbee’s, so I was worried that I might stand before the customer with a red face if the Zigbees cant reach 280 meter. Zigbee claims the units can be used up to 1600 meters line of site and I wanted to know if that is true.

I bought 2, (pre configured for Victron) and reconfigured them, One as a “Coordinator” and one as a “Router”. 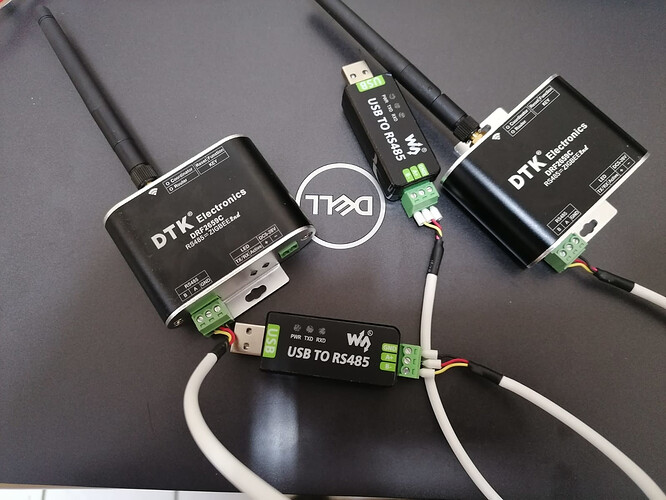 I showed her where to stop and i continued driving. First tested communications at 300 meter, no problem at all, increased the distance in 300 meter intervals, first issues was at 1500 meters, but i soon realised i did not have clear line of site. I moved over to the other side of the road and problem solved, 1800 m no problems as for 2100 m and 2400 m. Every message went through almost instantaneously. 30 bit strings took the longest at roughly .5 to .7 seconds. This was all manual testing and confirmed over the phone. I did not try high volumes of data so dont know how it will stand up to high volumes, but know that i could not type fast enough to cause a delay.

I saw a terrible decline in the numbers of successful messages at about 2700 meter, only every second message went through…

I will report back on higher volume after my installation next week.

Lets say my speedo was out with 10%. I still had very decent communications up to 2km.

EDIT: @plonkster, thanks for sharing your knowledge as usual.

I do hope that is stable though – my personal zigbee network at home is a bit temperamental – one day everything is fine, the next day not. I suspect Wifi channel interference, although it could also just be because it is using consumer-brand (Xiaomi) stuff, mostly battery operated, with small antennas.

I would assume these distances are just with line of sight and would dramatically reduce (<100m) if there are interference like walls and cables?

Yes, that is clear line of site. Even a Mopanie Bush at 1500meter messed with the signal. Luckily, where I need it, I will have clear line of site from a high building to a Pole 280 meter away, so I guess it would be reliable.

@JacoDeJongh Is being a tiny bit modest here. These Zigbee modules are re-sold by Victron to be used with the Carlo Gavazzi meters, in cases where putting in a long cable isn’t possible, or where the installation is on a boat with the grid meter at the shore (unplugs much easier that way

Jaco is repurposing the Zigbees to connect a different kind of equipment together where the conditions are the same (putting in a physical cable not really feasible) but they don’t have a wireless option. Learning from one manufacturer to make stuff work for another.

The propagation delay on Zigbee is a little bit longer, so the final proof of this pudding is still going to be in the eating. Looking forward to that…

I am wondering if you were to replace those antennas with more directional, let sy yagi or dish if it would be better suited for a directional Site to Site link using Zigbee 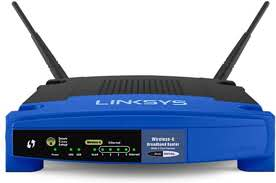 I used this baby and an AR-drone and got some serious range improvements. That is obviously on 2.4GHZ Wifi with larger overheads in packets because of wifi.

The good old days of making antennas from pringles cans. 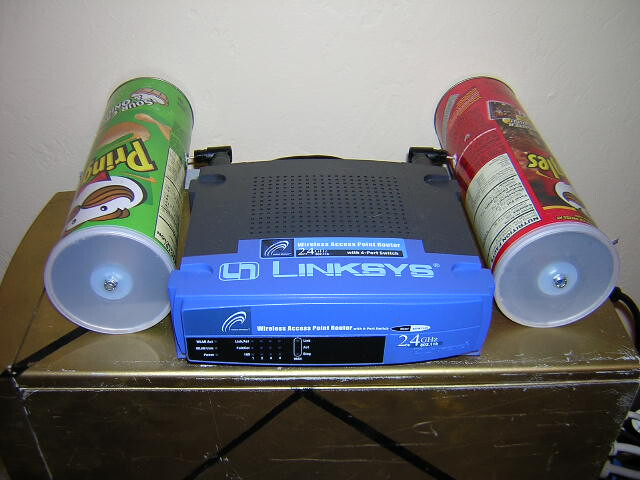 I used this baby and an AR-drone and got some serious range improvements.

What range do you get on wifi.

Well with the Wifi on the Drone the issue was the transmit power of the drone, I only improved one side the bad link between the cellphone and the drone, by connecting both to the Linksys, I was able to improve the range quite a bit, tested comms, but the weakest link remained the drone, which also used a PCB antenna IRC. Later experiments with cantennas on the linksys, made improvements however the drone remained the weakest link. If you could replace both antennas it should make a bigger difference.

I had too many dropped packets and because of bad software design if you lost connection the last command would repeat causing the dreaded “Drone Fly Away” issue. This obviously impeded my research as I did not want to lose my expensive toy.
Later they fixed it so that when it loses connection it would land. One of my many unfinished projects, but the main idea was to replace the control logic with an arduino and use RF to control the ESC and thus the drone and just use the wifi for video transmission.

I was part of A WUG (Wireless User Group) and we made some pretty impressive links, we did however use 5ghz antennas and Mikrotik hardware.

I still have 2 x 2.4ghz panel antennas somewhere will dust them off sometime and check it out if I recall correctly I had those setup in a 2KM Line of sight link. The Idea being if you could focus the power in one direction towards each other you should be able to increase the distance. omnidirectional antennas beam in all directions. Which is necessary of consumer wifi, like phones etc, however in Point to point links you know the direction.

One other thing, with Zigbee could one not use a mesh network topology and make use of “repeater” nodes in the middle, might be more expensive than antennas but could also work.

Ubiquiti make same serious long range directional Wifi routers (like the Airmax range) that work very well.
I have one that I used to connect to the Wifi ISP from over the bay over a distance of about 30Km.

It mostly worked very well, but I found that the waves kept rising and lowering twice a day which made aiming the thing very hard. The waves bounce on the water surface. If the surface was fixed (e.g. like on land) this is not an issue as you can compensate for that, but the moving surface was just frustrating.

I agree Ubiquiti make some good stuff. The nano is good value for money. I use one at my house as an Ap and on the farm , line of sight I managed to get connection about 700m with my cell phone…
Should you want to buy from scoop let me know. I have a dealer code so it helps a bit…

Ah, how I wish I could justify redoing my entire home network with Ubiquiti…

I migrated from the poopoo wifi on the ISP bundled router to Ubiquity a few years ago. In the interim the switch (a cheapy TP link) got hit by lighting and that got a Ubiquity switch. Then, when I went to fibre, I got the USG Router and since I went the smart switch route, I went with another few Ubiquity APs. The whole network is now Ubiquity and having all the management in one interface is a total pleasure. It sucks doing it all in one go, but you can move over bit by bit. It doesn’t have to sting all in one go.

I agree with this approach - makes a lot of sense to move over gradually.

I started with one UniFi LR AP, then got another a couple of weeks back when the IOT devices became one too many for the poor 2.4ghz band.

As it is the VenusGX tends to lose connection, so I’ve been eyeing another for the garage too…

I am loving my Mikrotik router though. Almost 10 years old and still going strong!

As long as you don’t live in Bellville … 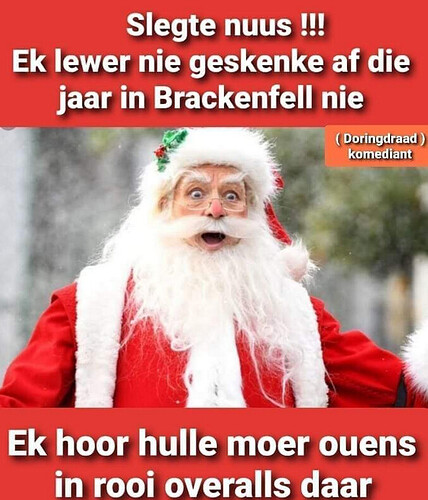 I have been running an ASUS Mesh since about 2017. Got four routers in total for the mesh, so already spent a bit of money on it. I went this route before mesh networks got very common place, so it wasn’t one of those out-the-box mesh solutions. A year later I found out about Ubiquiti and just had to deal with my buyer’s remorse…

I do like the Asus routers.
My AP in my house is a AsusWRT router.

On their high end routers they do have a bunch of really useful settings and monitoring available. Nothing you can’t get with flashing DDWRT onto a compatible router (well, not sure if DDWRT has mesh capability yet, haven’t used it since 2017) but still, I prefer working with a manufacturer’s original firmware if it does what I need it to do.

The propagation delay on Zigbee is a little bit longer, so the final proof of this pudding is still going to be in the eating. Looking forward to that…

Okay, a few days in and so far it seems like I was successful with using Zigbee’s for Line of sight transfer of RS 485 communication.

I am using this between a 3 phase Solis inverter and its EPM (Export Power Manager) over 200m away. The Solis is set up for “Fail Safe” Operation and if it cant see its Power Manager for more than 3 seconds it will go into a Fail Safe Mode that requires a hard reset (Power Cycle) of the inverter to reset.

We had one such situation, but if the PV is generating enough power to keep the Inverter on, while Eskom is out, the unit will go into a Fail Safe Mode as the EPM and the Zigbees are powered by Eskom and a coms failure will be detected. It seems like this was the case in the one failure we did experience.

Control of the Inverter is accurate and as we stop and start loads, it gets detected by the EPM, and a second later the PV inverter ramps up or down to meet the load.

If its better than a cable, I cant say, but I am confident that its an option to use in situations where installing cables are difficult or impossible.