Recently added a battery powered clipper to my grooming kit (I prefer my hair in a style that suggests: the lice problem at hyperactive kids bouncy land pre-school has not yet been sorted out).

Anyway, I am glad for the advances brought on by lithium battery tech - especially the promise of long run-time versus a comparatively short charge… 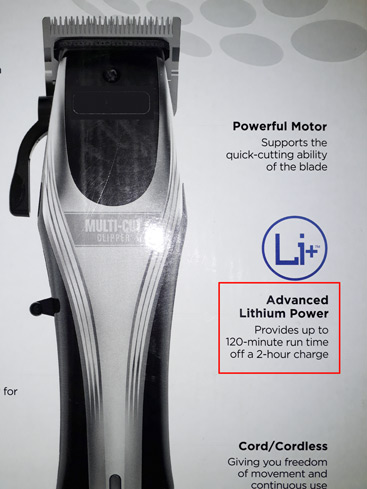 On that topic, if you watch enough YouTube, you will see that the marketing people are now running with the idea that men really ought to do more… landscaping. The ads are quirky enough, but I cannot help but think that someone invented a problem for a solution they wanted to sell.

I will give them the benefit of the doubt… maybe they were initially inspired by someone feeling a bit crabby… trying to solve a similar problem to head lice where people might, also mistakenly, think shorter hair will fix the problem.

When that did not pan out as they hoped they decided to repurpose it as a new standard for modern aesthetics.

I should probably edit my original post to refer to barbering, rather than grooming…

Oh man… since this is Off Topic… and I just thought of the most brilliant story. This lady had to go and see the Gynecologist. So as you do, she cleaned herself up a bit, and off she went. The doctor then told her it really wasn’t necessary to go to all that trouble, and she didn’t quite understand why he said that… until she got home and discovered the washcloth she used, was also used by her daughter to clean up a school project… one that involved glitter.