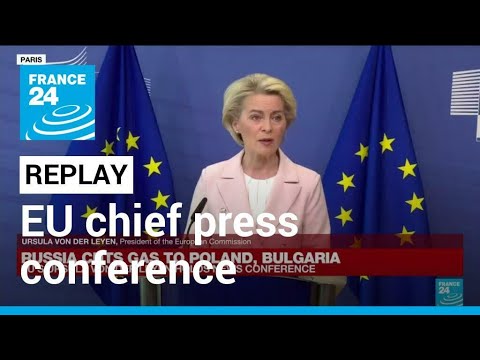 Herewith the response from the EU wrt Russia and gas payments.
Ms von Leyden spells out how the EU is going to reduce and perhaps eliminate their dependence on imported energy supplies as the US did but not in the same manner.

Herewith the response from the EU wrt Russia and gas payments.

Having been following this entire sata quite closely, my gut says Putin is by no means anywhere near done with it all.

So yes, “Watch this space”.

I think Putin is getting desperate. The gas/oil was not part of the sanctions but suddenly he’s wanting for it to be paid in roubles (presumably because all $ and Euros are not available due to the sanctions on Russian banks)
Russia is on its back foot and is on the slippery slope. I think Ms von Leyden holds the trump card/s.

… he’s wanting for it to be paid in roubles …

He has gone for the PetroDollar.

Interestingly, the Saudis are now questioning it too as well as rumblings from China.

And we all know what happens to anyone talking of dabbling with that “hot potato”.

The EU has warned private companies to only buy as per their contracts. Anyone paying in Rubbles when their contracts stated USD or Euro, are sidestepping the sanctions.