What is a string inverter?
And is there an advantage to use multiple PV inverters instead of one big inverter?

A string inverter is a PV only inverter, it connects to the Grid by three wires only. It cant connect to a battery and when the grid is off, the String inverter is off as well. Its the same as a PV inverter.

And is there an advantage to use multiple PV inverters instead of one big inverter?

I would say the Bigger unit will have a slight advantage in having only one “Control” point.

If the smaller units are the same brand and model, then one central management system can be used to control all the units simultaneously. If they are different brands you would need a CT or Control device for each unit.

In short Multiple units add to the complexity of your system, single units are easier to install and set up.

Efficiency should be the same.

String inverters are great for a microgrid setup.

The US introduced regulations that made it mandatory for the PV circuits to be able to be disconnected at the panels.
This was a safety issue for the fire fighters in the event of fire (if I recall correctly)
What this then required was equipment had to be attached to the PV panels.
Did this have anything to do with the string inverter concept?

The US introduced regulations that made it mandatory for the PV circuits to be able to be disconnected at the panels.

Do you have a link for that? As far as I know the US code is that the disconnects must be at an easily reachable place either outside or inside. Putting it on the roof doesn’t really make sense unless it’s a secondary disconnect. A lot of houses are built with the AC disconnect on the outside of the house and when installing PV the PV disconnect gets installed close to it.

Did this have anything to do with the string inverter concept?

I don’t think so, no. With a PV inverter / string inverter only scenario the inverter will go down once the AC goes down like Jaco mentioned above, so in such a case flipping the AC disconnect is all that is needed. The only problem I can see that will have live wires is a backup scenario, but then it’ll need a DC disconnect and not a PV disconnect. (In some scenarios where you have both a DC inverter and a PV inverter on the load side of the DC inverter, the PV inverter can remain on when the AC is off such as a Victron & Fronius combination.) My wording might be wrong here, but a DC inverter would be an inverter that can have a battery connected and not just PV only / string inverter.

Just to add some more on the PV inverters:
The majority of installations in the US (as far as I know) use PV inverters (string inverters). Most states, except those that experience extreme cold, rarely have power outages, so it is easier and cheaper to simply have a PV inverter installed as it converts PV DC to AC for use in your house. There’s also no problem with feeding back to the grid although you need an inspector from your local power company to do an inspection before you can go live with your installation and a new meter needs to be installed. A lot of power companies also pay the same for your energy fed back although that seems to be slowly changing.

That’s also why the Tesla Powerwall is so popular there when a battery backup is needed as it’s a AC coupled battery that can just be added to an existing install (although you need a specific PV inverter if you want to get your PV generation stats in the Tesla app if I remember correctly).

What is a string inverter?

It’s not really something you need to worry about in a residential setting. A string inverter is like an SMA or Fronius or whatever grid-tied inverter. In commercial and even grid-scale projects you’d use several big units to get all the power onto the grid. 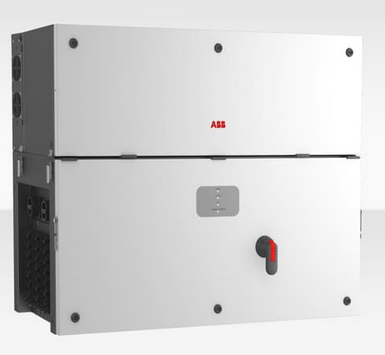 The alternative is a “central inverter”, which brings all that DC to a central place where you have one big box. Here is an ABB PVS-800 central inverter: 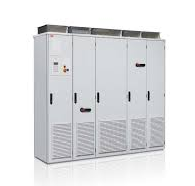 You will occasionally see people importing the term into discussions about micro-inverters. In that case, a “string inverter” is the traditional SMA, Fronius, ABB, etc with strings of PV-modules attached to one or more MPPTs, and the opposing tech is a micro-inverter, where every panel has its own inverter, ie no strings.