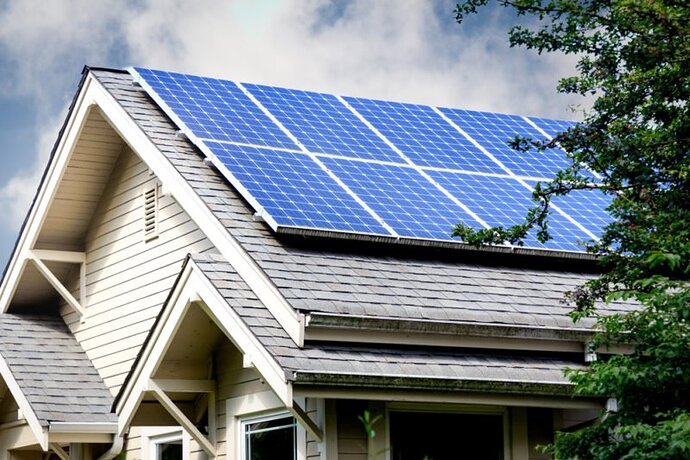 South Africans with solar panels could pay 1,000% more for electricity than...

Nersa has a plan that will see solar users who still rely on Eskom when sunlight is sparse pay much more expensive electricity tariffs linked to the cost of generating electricity using the utility’s emergency diesel-powered units.

Well that’s a little concerning and shows they are moving towards this direction either way.

Yip could see that coming. I wonder what they going to do when people start going off grid, sure there will be some other fee.

Next step will be taxing the sun, you use the sun, you pay for it. If you don’t pay, we come build a huge roof over your yard.

A bit clickbaity. Residencial users already pay many times more than the bulk users so it’s not a fair comparison. That being said solar tax is coming and it doesn’t matter if you are off-grid or not.

Cant see them rolling out and monitoring time of use meters for millions of households. If by some miracle they do I have a 1-2-3 plan:

monitoring time of use meters for millions of households

The logic is inside the meter. They replace your prepaid meter with one that does TOU. It’s not all bad… you get lower rates outside peak as well. But I think for most people, it will probably increase the bill.

But even if it doesn’t, I’ve seen enough people complain bitterly about being moved to the “Home tariff” in Cape Town, despite the fact that their bill hardly changed at all (<600kWh price is reduced on the Home Tariff, so that 600kWh costs the same on Domestic and Home).

About 4 years ago, I moved from an area that was supplied by Eskom directly and billed monthly to an area that is supplied by the CoCT and has a pre-paid meter. I was being charged R0.99/kWh by Eskom before I moved and almost R2/kWh by the CoCT after the move (Both before VAT). I was not impressed.
I still don’t understand why the CoCT is able to charge almost double what Eskom charges for the same service.

Just because you go off-grid doesnt mean that they will stop charging you. Try getting rid of a TV license.

Putting aside mismanagement and corruption.

I absolutely understand the need for a connection fee.

Also understand the complexities that when solar people need to draw Eskom power, en mass, that it will cause challenges, like weather moves in fast.

The answer could be very simple … but I would bet that someone else will then scream “Unfair!!!”.

One cannot make everyone happy all the time.

BUT, before one can debate the merits of the above, sort out the mismanagement and corruption first …

There are some people Gordon’s bay side who are physically on an Eskom connection, but CoCT handles the billing (so they get CoCT rates). Those people are also not impressed. They pay CoCT rates, but they get Eskom load-shedding schedules…

With all these schemes, I feel the biggest losers will be the low-usage consumers without solar. A higher connection fee will disproportionately affect them. Discarding block tariffs the same (which is supposed to incentivize lower usage).

It’s amazing how we have examples of strategies that work elsewhere in the world (like TOU) and then they still think their hair-brained schemes will be superior.

the biggest losers will be the low-usage consumers without solar

Indeed. That would be the people using less than 600kWh, but don’t qualify for LifeLine. To qualify for lifeline you need to use less than 450kWh per month (average over 12 months) and your house must be worth less than 400k. So I suspect this group (who now pay R50 a month extra!) will be a very small group, due to the way the other tariffs are structured. It would only really affect fairly well-off people using significantly less than 450kWh. Where it affects older people, they can also apply for indigent relief. So there are some safeguards in place.

@Stanley Do you remember your fixed charges for Eskom…?

A battle over rooftop solar in California

There’s a nasty fight in California over solar power.

The dispute is about who will get to build the green energy economy and reap billions of dollars in profits. On one side are the smaller companies that install household solar panels and batteries. On the other are big utilities and their labor unions.

For years, the utilities and unions have lobbied regulators to rein in the rooftop solar business. Now, that effort is on the cusp of success. State regulators plan to vote in the next few weeks on a proposal that would reduce the growth of rooftop solar energy in the state and force Californians to rely more on large-scale power installations, including solar and wind farms, and on long-distance transmission lines operated by the big utilities. 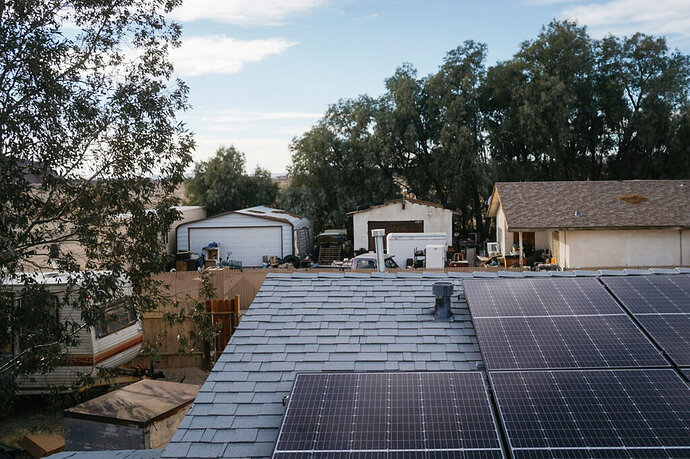