My System is now about four years old and after running a couple of interfaces , Home assistant , Openhab and even some smaller ones I decided on Node Red as my go to UI.
The problem that I had with other UI’d is that they cater for every thing and that makes them very bloated.
They then also need to be updated constantly , HA is here the front runner.
As all of my automation rules is on Node Red. It made sense to be running everything from there.
There is a node called uiBuilder where you can create a dash with Bootstrap Vue (Also a couple of other options) , admittingly it is a steep learning curve but once you have it all running it works very well and very light on resources. Currently I am running the system on a OLD netbook (Athom 1.6Ghz , with 2 GB ram) with Debian 32bit ( Its is one of the few OS’s that still has a 32 bit )

The system is running

I still need to clean some of the stuff up but should give a fair idea. 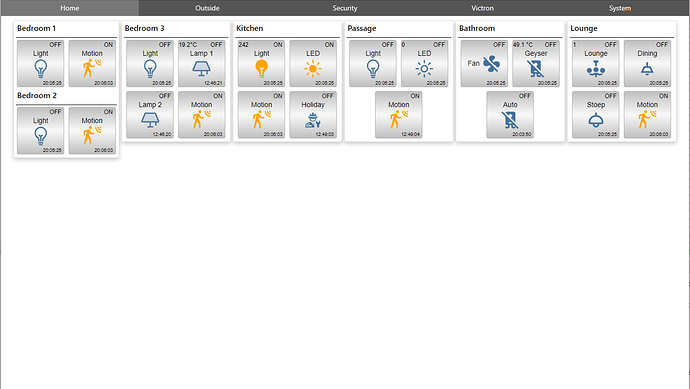 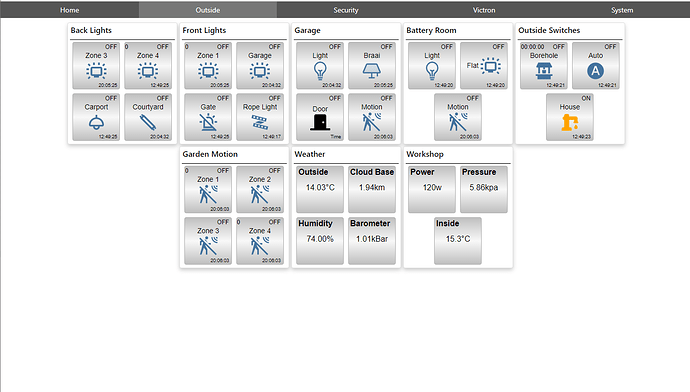 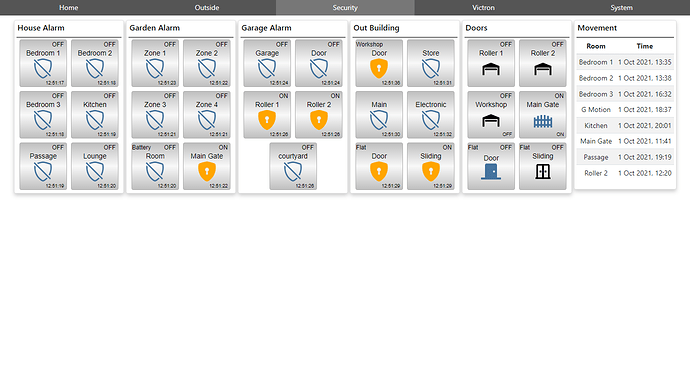 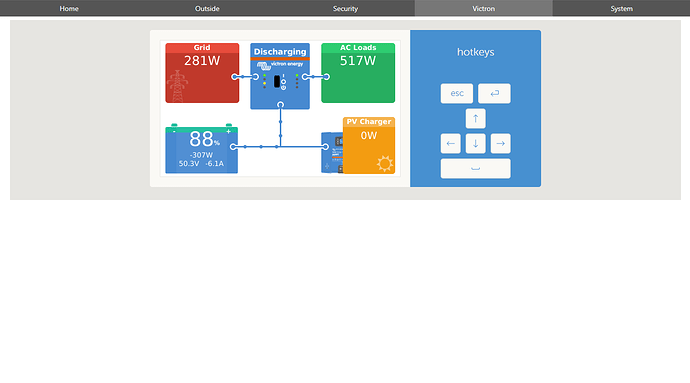 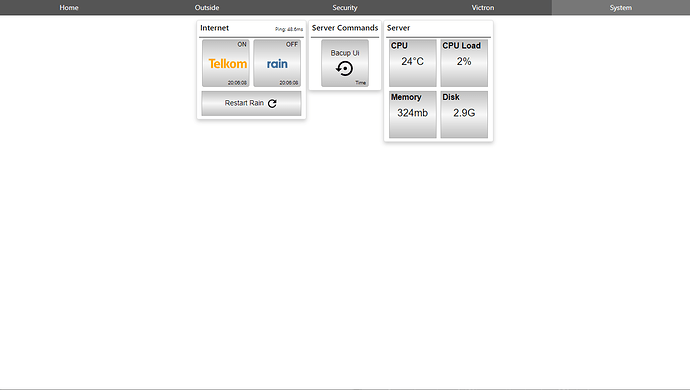 system1383×783 28.2 KB
Then I build a network scanner to keep track of all the devices on my network 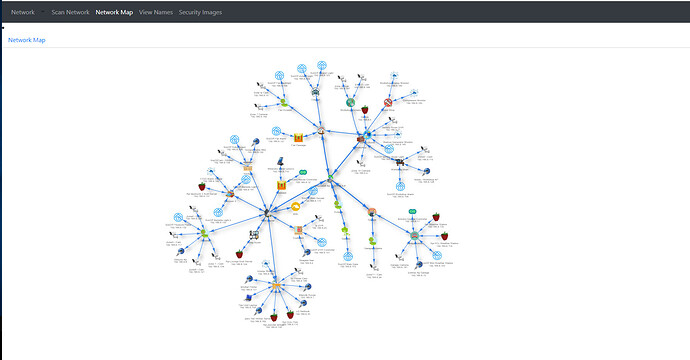 networkmap1786×932 175 KB
and lastly I have two settings pages where I can change some parameters if need be , they are contained within a sqlite DB.

One other advantage is that you only need to backup the nodered flows to have almost every thing saved.
As always , just for fun

Wow…that is some serious node red work Paul. Looks awesome.
I know that the node red is very flexible but did not realize that one could achieve this level of control.

I currently use the normal ui dashboard for control and post the data to local emoncms for the vizualization.
Looks like I will be doing some reading on the uiBuilder node.

You could also achieve the same result with web Socket’s ( that is uiBuilder’s back bone) but uiBuilder is just a little more polished on the back bone side.
The frontend is all up to you

as there is no “Templates”

very nice. I also plan on only staying with NodeRed only. Less is more

I’ve gone so very deep down the automation rabbit hole, but I simply can’t get myself to sit down and learn Node Red. I suspect I’ve not had a use case that couldn’t be solved with HA Automations yet. I’m also afraid to add any more knowledge to my rotten brain, who knows what it’ll eject in order to “save space”

I suspect that it all depends on how you started and what you need. I could not get HA rules working and when I started with more complex rules it all went pear shape for me so I stuck with NR.

Some Pictures of the Back end 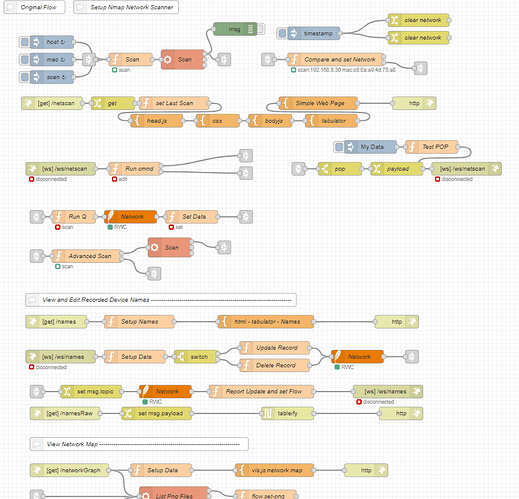 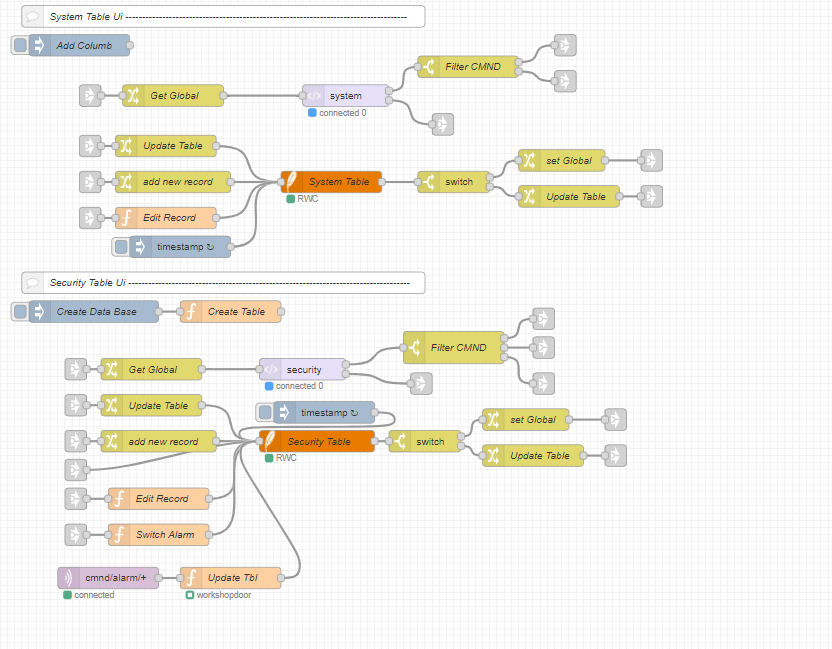 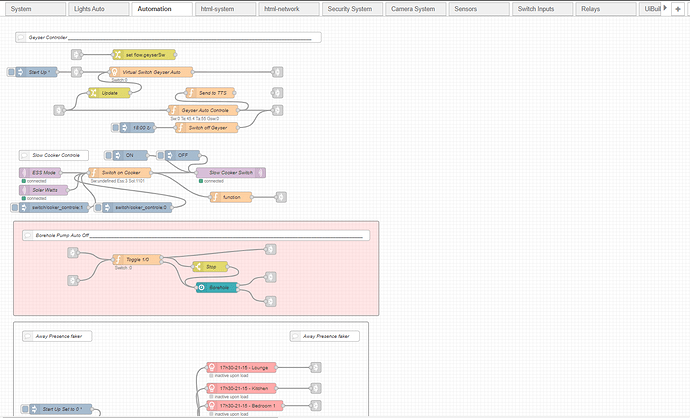 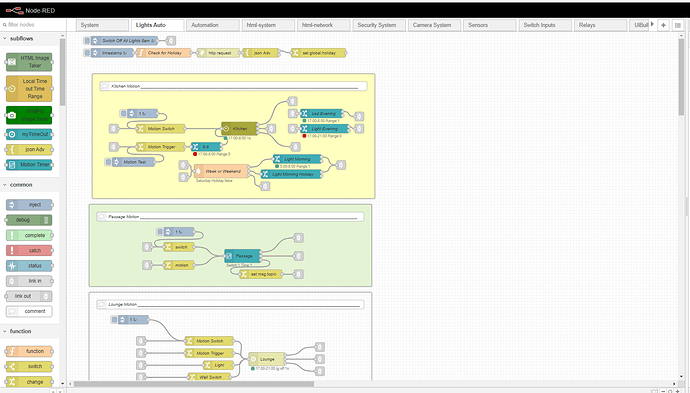 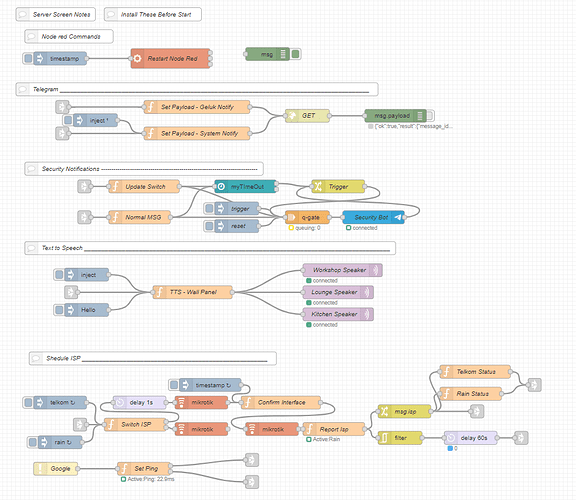 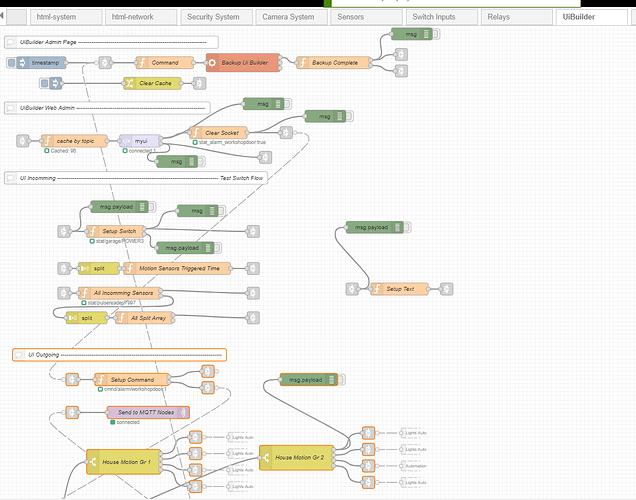 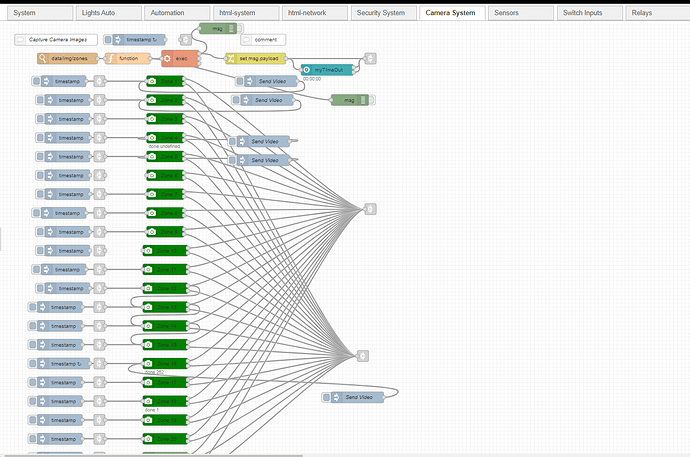 That… just makes my eyes bleed. But very impressive

One day @Paul , you must package this and sell it on.

add any more knowledge to my rotten brain

Haha indeed. Lately I learned even more how each person has a personal psychology and/or philosophy in how the deal with a threat (which often comes in the shape of some new information). Some people simply say: That, over there, could be a lion, and he will eat me. Close the gate! And don’t go there! Others are more like: Mmmmh, does this bite? How big are the teeth? Does it like being cuddled?

Ie, some people’s instinctive reaction to an information threat is to throw themselves headlong into it…

ok, think we found our go to guy when it comes to NR