Powering a smart relay off a 12v battery

I want to use a Shelly 1 or similar on outdoor flood lights running off a 12v battery.

Have anyone tried powering a Shelly relay off a 12v battery, I recall reading somewhere, if using a Shelly off a 12v DC supply it must be a good regulated DC supply and it can’t be powered off a battery.

I can’t find any detailed DC specs for it, everywhere it simply states 12v DC and no range like 11 to 13v for example.

Send the specs of the Shelly relay so we can comment…

As already said, it doesn’t give any details for the DC side, simply states 12v DC.
I’m busy looking at Sonoff options, the Sonoff specs are more detailed at least, looks like they’ll have something which can work.

The Sonoff SV will do the job for you. 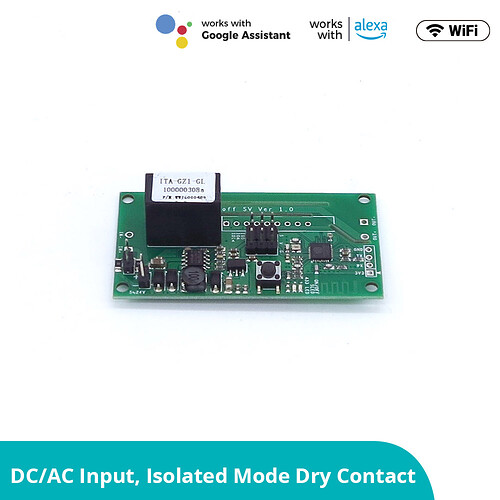 I flash mine with Tasmota!

Thanks, don’t you get Sonoff versions these days which doesn’t require flashing to work with HA?

I think you do.

The Sonoff Mini is like that. They market them as DIY which mean you don’t nead to flash them. There might be newer models that also handle this.

Most sonoffs can be used in home assistant with the sonoff hacs add on.

This. I use a number of sonoffs around my place, none of which have been flashed. I still see some people playing around with Tasmota, but for the life of me I don’t get why.

I recently flashed a Tuya device. Tuya-convert didn’t work, firmware was too new. But since it had an ESP8285 under the hood, and it is essentially this thing, I went with Tasmota.

Of course, I only discovered the information after I had already traced the lines myself. 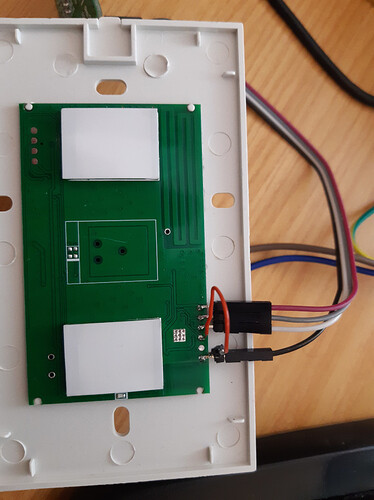 Essentially, from top to bottom, it is 3.3V, TX and RX, then GPIO0 which you have to pull low to flash, reset (not used), and ground.

The reason is simply that even though we now have Tuya Local support in Home Assistant, I still hate the idea that it communicates with some cloud service.

I also have a TMW-02. Unfortunately this one doesn’t have an ESP chip, instead it has a TR6260. The only solution here is either Tuya local, or replacing the chip. I like the small form factor though… so much nicer than the Sonoff basic.

Also, MQTT discovery. Man, that is a nice feature of Tasmota.

If you like the small form then you will also like the Sonoff Mini which is ESP based.

Just block it from communicating with the cloud, my tuya devices are blocked and only use tuya local.to HA, no talking to the mothership hehe

block it from communicating with the cloud

That adds a heap of extra work. Also, some of these devices completely hang up if you leave DNS up but a connection itself is not possible… which is something that might legitimately happen even if you actually use the cloud (caching DNS for example, during an outage). I’ve pretty much made up my mind that I don’t want to do this.

Going through the Tuya IOT thing is painfully slow and getting your local keys from a service that may not be around (in this form) in a few years… no… just no.

Replacing the TR6260 is apparently not difficult, but not straightforward either. It needs a few pullup resistors. Not really documented for this particular device. But in the end it’s just a few lines, a 3.3V supply, ground, and some lines for the button and the relay.

In the mean time, I “commissioned” the device so I can reverse engineer the connections to the chip. Then the plan is to transplant a Wemos D1 mini board into it, if it will fit. Avoids having to figure out all the pull-up resistor stuff, and is cheap enough.

Or chuck it in the bin, declare it a monumental mistake, and don’t do it again