Ill say this first - a couple of things did change from my original post but not so much that it would detract from the info - this will at least give an idea what I did. (Also I didn’t feel like rewriting the whole thing over again) - From my Original Post

The place that we bought two years back was/is quite old and it still has those horrible red semi backed clay bricks. When I started with my Solar project I knew that the houses wiring was in a very shabby state but at that time there was not enough time or tom to redo it and I also had some “plans” that I wanted to figure before I started with the project. So almost two years later I had all my plans and material to grab the wires and start pulling.

Now my wire work is not nearly as good as some of the folks stuff that I saw here but it works and it is safe and that is the most important part.

This was what the DB looked like before I started 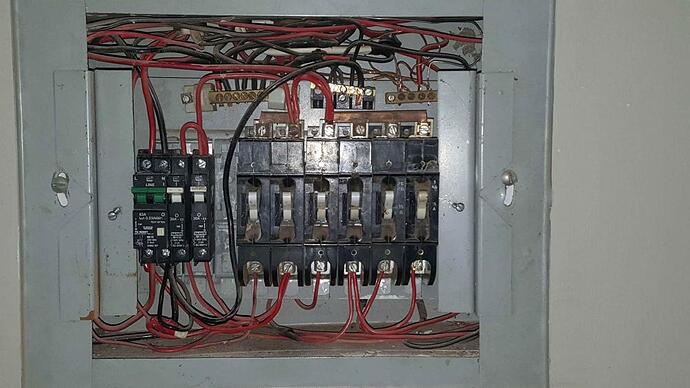 Old Db1000×563 80.2 KB
As I also wanted to introduce some home automation into the house I knew that I would need to install a bigger DB and as it would be a DC/AC system two DB’s would be better and those things are flippen duur. So I had to shop a while to get something that would fit my budget

This is what I came up with. The Box and the left is the controller board where I receive all the inputs and on the right the AC side with all the relays and cb’s. I ended up using ducting to run the wires down the wall as it would look neater when it was all done bit it does make the wire management tricky also I did not keep in mind that the wires came from the top and the space between the CB and the top end was a bit close but it worked with some slow working. Take note of the “nest” on the right. I just could not get all those wires neatly lined up. Lucy for me the covers takes care of that. 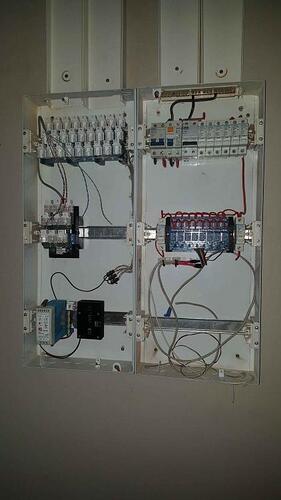 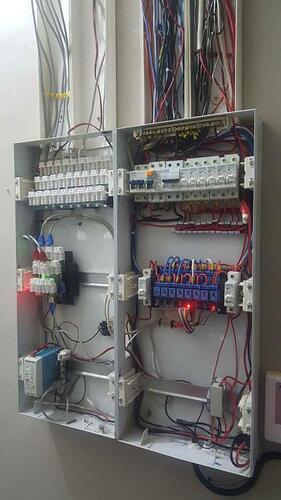 Gone is all those wires!!! 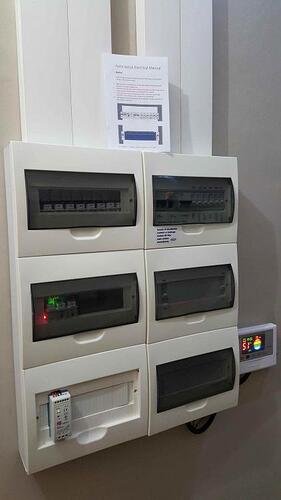 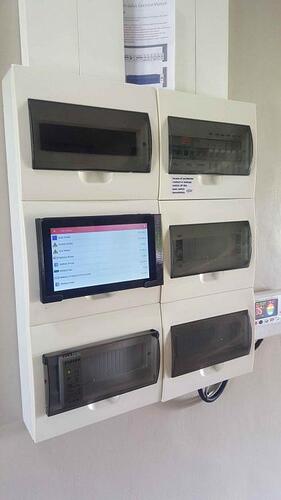 Closeup of the CB’s and the labeling. As I redid every thing I made a point of marking all the wires so that I could label them afterwards. This makes things a lot easier in the future. (Do you see the spelling mistake) 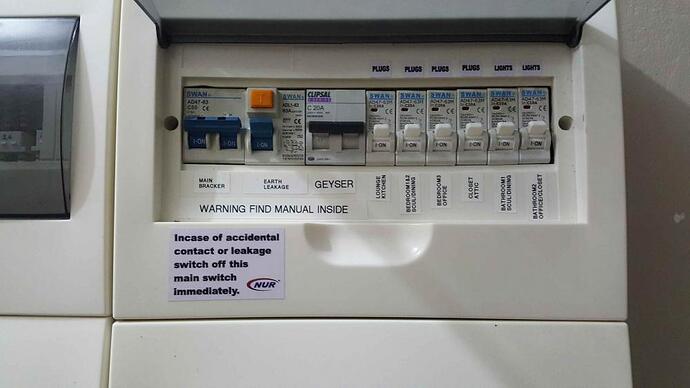 When I have time I will load some pictures of the changes that I made there after .

Very well done, thanks for sharing this.

Do you see the spelling mistake 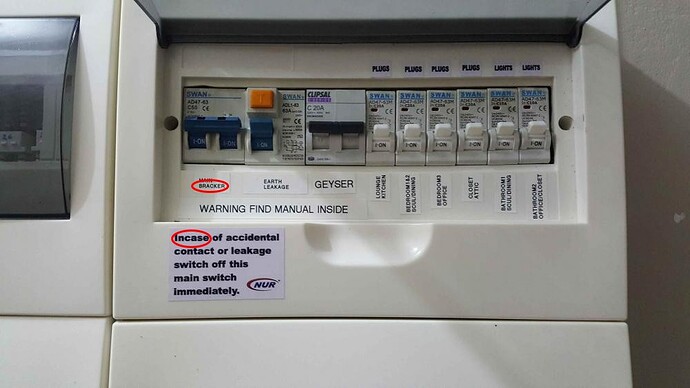 Only one is yours. “In case” should be two words.