Hi,
I recently joined the amazingly geeky world of solar and I love it.

So my solar story started as with most, with Eskom’s failing grid. The infrastructure where I stay is especially under strain with loads of expansion in property happening all around. Seeing that I have been working from home for about 10 years, even before it was cool

, load shedding and blackouts was enough to push me over the edge.

I started to research all over the web including Powerforum and youtube. Armed with information I set out to “build” my dream system on paper. Soon after starting this journey I was bouncing between a modest backup system with future expansion and a full blast mini power plant.

I was stuck for a while pondering to do a DIY install and getting someone to do it, but after showing my wife some of the work done by @JacoDeJongh It was basically decided for me…

Managing having a system installed and a 2 week old first baby was not easy but it actually worked out pretty well. 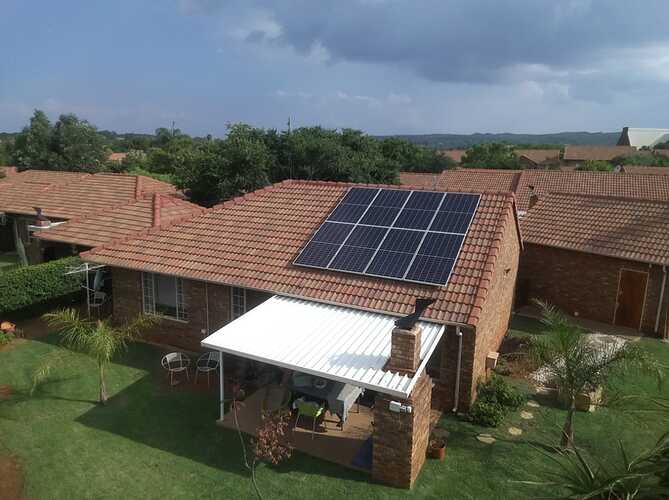 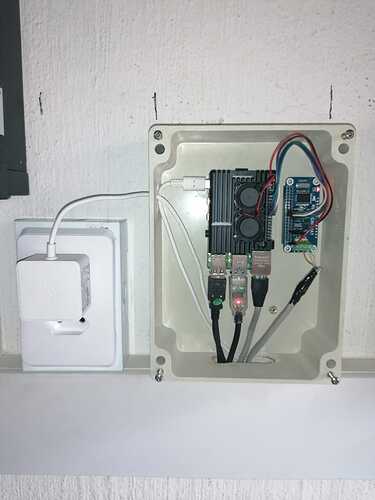 solarRaspberryPi960×1280 86.7 KB
Even less, haha Raspberry Pi 4 with CAN hat and full aluminium case with dual fans. Jaco made the great plan to mount it inside the box complete with oversized screws to provide a gap for airflow.

Jaco and his team did a stellar job even installing a 2kw element for my geyser so that I don’t blast my battery too hard and having to pull a new utp cable from my main db seeing as all the wires in the cable was broken somewhere.

All and all I am very happy with it so far, I am still in the constantly watching VRM and running to the DB to manage loads. I have a geyser Timer installed and a sonoff on a borehole pump. I have started to integrate modus comms to and from the system in Node-red and I have a few goodies in my cart to further expand my reliance on Skynet, all hail the A.I Overlords.

Nice! So there is a way to make LBSA batteries integrated to inverter. I was commenting otherwise in another forum, guess I’ll have to go eat my words.

You going to enjoy the HA journey!

So there is a way to make LBSA batteries integrated to inverter.

I believe its a new smart BMS though.

It was literally plug and play. Just use an undamaged UTP cable and Victron for example sees it the moment you select a can bus profile with 500 baud rate.

UNDAMAGED: I used the last 15 meters CAT5 from a 3 year old box, both pieces, one from Carlo to Pi as well as the piece from the Battery to Pi were damaged internally. Replaced with new Cat 5 and problem solved. First time ever I get damaged lan cable.

Nice install. I wonder if that is using the newer Smart Daly BMS inside the battery?

Haha,
Yes like Jaco said it is a new “smart” version, it was easy.
So with the old units you could not do it. But the new units has a new BMS, works quite well even supports paralleling units together.

I was wondering the same thing, however I think the BMS was customized at the factory, seeing as it reports LBSA in VRM and on the LCD interface.

The menu structures looks more like the ANT bms’s

Thank you! Haha yes I have to force myself not to look at the portal too much.

It could be a ANT by the looks of that screen

With the smart BMS, that’s incredible value for money.

So with the old units you could not do it. But the new units has a new BMS, works quite well even supports paralleling units together.

My system and another pal’s system gave the exact same problem i.e. DC Ripples. So I was supposed to help test these new BMS’es to see if the newer range removed my problem with the higher charge volts that resulted in DC Ripples on my older Daly BMS.

But sadly I blew the 1st one, balancing wire connection instructions got lost in translation, and the 2nd BMS arrived dead, Gerlach came around to doublecheck my work, so I was not “welcome” to test anymore.

I recently joined the amazingly geeky world of solar and I love it.

Am I a geek for having solar?

(I could not resist!)

Haha, I think we all are…

Hello @JohanB, wanted to compare notes, when running your 2 kW geyser, does the inverter get hot and start de-rating after an hour or so, meaning that even though the sun is shining, the inverter starts drawing from the grid

Looking great! And congrats on the baba and the solar system. Very good job by Jaco as always. We have nearly identical systems

. Where you based? JJ

@JohanB , what are your Bulk and Float volts set at?
And the max amps to charge?

@JohanB , what are your Bulk and Float volts set at?
And the max amps to charge?

Sorry for jumping in, but I have set it to 56Volt for bulk, 54V for Float and allow for the full 100Amp Charge and discharge rating, although I only installed a 60Amp MPPT

My Float is 54.50v, as I read it makes no difference on lithiums, the float volts.
@plonkster suggested 0.1v below bulk.

I will have a look haven’t been looking for that. Will report back if I see anything.

Thanks, yes 2 big changes in my life! haha

Would be good to compare data based on geography