anyone using a MUST inverter? 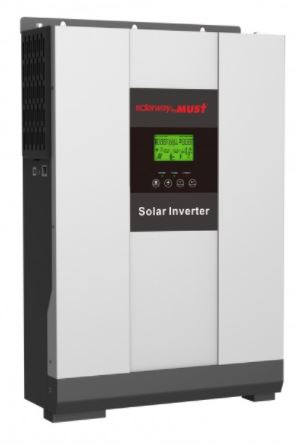 Back in the day, the MUST inverter was a clone of the Voltronic Axpert (also sold as Mecer in South Africa). It was inferior quality to the Axpert.

But as it goes with these things, some improve, and some (eg Fangpusun) remains poor copies. Absolutely no idea about them these days. Still looks cloney to me though.

mine has been working flawlessly for 2yrs now.

Ok, no, now you will just have to tell more. Details! Graphs, photos, fin calc, etc.

It amazes me the number of solar inverter manufacturers there are/were.
I thought it all started with Xantrex but apparently not.
We need a historical account of the solar PV industry for small systems. The industry isn’t that old so this should be doable…

I thought it all started with Xantrex but apparently not.

Man, we had an Inverter manufacturer in Windhoek in Namibia, and they made pretty decent stuff. I mean it was square wave but that thing was robust (as long as the lightning didn’t hit it). The engineer who built them was an Austrian. I have long since forgot the name of the company.

Then there was “oubaas Adams” who had a factory somewhere in Brackenfell, I believe. The “Nelson Adams” inverter was also a pretty decent device. The first PWM-type sine-wave inverter I experienced, was one of his. Unfortunately it had a control-loop instability, but again someone in Windhoek (how advanced were we!) managed to replace some boards and make it work. Nelson Adams would always write letters to the Farmers Weekly / Landbouweekblad and he loved to quote scripture. I wonder if he is still alive…

Anyway, that is what I remember of the solar industry back in the 80s.

nothing much to tell really. I had more trouble getting a sparky to install it than anything else. I actually bought one of those mercer inverters from geewiz, but they were out of stock at the time and sent me this MUST inverter. I bitched about it but the said it was basically a clone.

I only run all my 10 x 14w LED house lights & half the wall plugs for light duty appliances - ceiling fan/fridge/tv/media player/lamp/pc etc. I must still test out my new inverter aircon with the inverter.

at the moment batteries are charged via corruption, but I will be adding solar panels shortly and go off grid as far as above appliances. I also want my pool pump & aircon off grid & on solar.

I was hoping someone else had one so I could get more info. specifically monitoring the inverter? 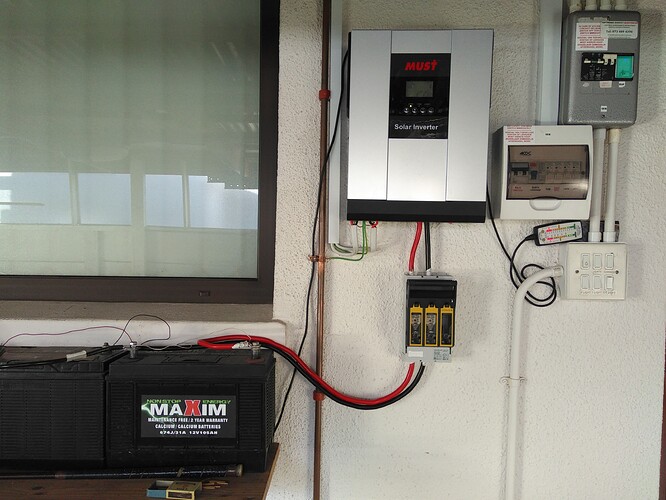 I bitched about it but the said it was basically a clone.

It’s the clone part that bugs me a lot. Chris Hobson had a must way back, the control loops were terribly unstable, he replaced them with Mecers… He had a long vid about the must inverters on YouTube.

I can cope with a rebranded inverter, but a clone, no way…

do you have a link?

Commercial inverters appeared in the 70’s mostly as VSDs. There was a big demand for (electronic) drives to allow speed control of normal induction motors. These were flaky and prone to blowing up. The alternative DC motor option was a more reliable option but prohibitively expensive.
The inverters for fixed voltage AC must have been developed at the same time but since PV panels were hellava expensive there wasn’t a big demand.
So the electronic entreprenuers of the day designed and made these in their own workshops.
Commercial development was rapid however and in the VSD market soon there wasn’t much difference between the offerings of the different manufacturers.
However the controls required for VSDs were simple: A run/stop command and an analog speed reference (e.g. 0-10V) was all that was needed
What differentiates the inverters made for RE systems is they are way more complexity. Firstly they are able to synchronise with an AC supply and not only draw power from that supply but also the drive power back to that supply.
This made the construction of the inverter more complex than a VSD which only consumed power from the supply.
This massive development however wasn’t welcomed by the utilities who were anxious about this power causing grid instability.
So grid tie wasn’t enough. Now the inverters had to be able to be controlled to enable feedback to the grid or to divert PV power to a load of of choice or to simply disconnect from the PV panels. This required further major developments to the RE inverters.
We are now firmly in the hands of commercial manufacturers who offer a suite of products that meet every requirement. I see some of the more expensive vendors provide a modular solution which locks you pretty much into one manufacturer due to the communication required between these devices.

He’s still in business by the looks of it!

Although the HTTP headers suggests it’s been a while since anyone updated the website: