I experienced my 4th HA failure in a few months, but only realized today that it might be hardware related.

We worked on my solar system yesterday and we had to switch off the battery and that affected my 12volt bus supplying my Intel NUC. When we switched the power back on, the HA instance did not restart.

Tried everything I could but the Nuc reported “No Boot device found” even though the complete installation is visible when i connect the hard drive to another Linux machine. This is when I realized the previous 3 times it also happened when I had to switch off the power. I then have to reinstall the Image to get it running again. After installation, I can reboot the HA server as many time as I like and it will continue running as long as the power is available, but if I reboot the device or cycle the power, I can forget about getting HA running again.

I guess I will be going back to a PI4 with an external hard drive, its way cheaper than replacing a NUC at R7k and upwards… I bought this NUC in 2016, lasted 5 years…

Any hardware recommendation except for PI4

EDIT: I dont want to run it on a normal PC as I want to keep HA live from the batteries directly.

Any hardware recommendation except for PI4

I’m just throwing it out there but why not one of these? 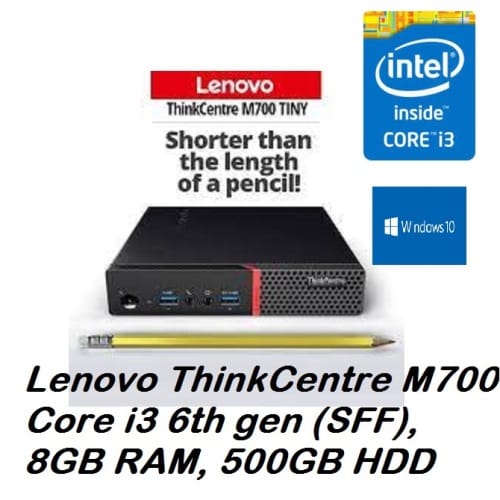 I bought one last year, it was just out of warranty. It’s less than half of the NUC so buy two or three of these and keep them for future failures. It’s probably way overkill but they sure work well if you put an SSD in there.

Use it for:
HA on a Hyper-V
On another Hyper-V runs my free Firewall software
Also 1st level backup
Wife watches movies on it
… multiple uses.

Got gatvol of Pi’s - they just give heartburn.

I guess this is ultimately the best solution so that you can use the machine for multiple things. Do you simply run it on a big UPS or what other battery backup do you have in place for it?

Do you simply run it on a big UPS or what other battery backup do you have in place for it?

I am using a Victron 48-12 volt DC to DC converter connected to my backup battery bank of my solar system. This 12 volt bus keeps my alarm, main router and all of my monitoring equipment live. It keeps everything in the house visible and accessible to me even in the event that my inverter should fail.

I took a 24v APC UPS where the lead-acid cells needed replacement, and put in 16 x 6ah lithium cells.

Was in the same ballpark price as 4 x lead acid 12v 9ah cells.

That keeps the core stuff going … I can hear when the UPS takes “over” when “dirt” comes in over Eskom lines during the night.

If you are not going for the second hand HA Blue, then I would suggest the Pi4 Compute platform. Though it does seem that everyone in out of stock at the moment.
These are the industrial version of the Pi which (except for the lite) include eMMC storage built in.

Something I’m considering. Dell makes these little box-a-ma-things called the “Wyse” that you screw to the back of the monitor (if you want of course). I don’t know much about them, but it looks like a low-power intel-based thing with eMMC. And they go cheap second hand…

They tend to come with a slimmed Windows 7 version and are normally used as a slim client. You would use them to log on to and work on a VM on the network.
Alot of the components use software drivers (I remember the audio does). And they have some special security stuff added to run of the network (ond sometimes for network boot).
They could work, but might be a bit of a hack. The newer Pi4 might be more powerful, so check the specs of the CPU

Don’t care for the HA box…

I believe it does normal PXE boot, but some models apparently ship with something called thinLinux.

The 3040 model is apparently easily converted to running Debian.

But… given the links you posted, I believe the Rpi4 computer platform is way more suitable. In the end a Raspberry Pi works perfectly fine to run HA, with the proviso that the SD-card will fail occasionally (a good quality card seems to last at least a year). So an Rpi with eMMC is what you want, which is what you can get for under R1.5k… brand new.

I’ve been running Vmware ESXi on a Raspberry Pi 4 8GB off of a USB3 SATA SSD for a few months now. ESXi boots directly from the SSD. The Pi is running four virtual servers at the moment as well as my home assistant instance.

This solution has been rock solid with absolutely no down time. Highly recommended.

I’m only a PI beginner, someone mentioned to me the other day that his big frustration with the PI was always the failing SD cards. He said the PI 4 automatically boots off SSD, HDD or flash drives connected via USB now and he no longer uses SD cards in his PI 4’s at all.

The Pi3 had the option to boot from and USB disk, but up to recently the Pi4 could not do that.
I think the Pi4 can run from the SSD now, but still need an SD for the boot option setting, although that is just reading the few bytes at boot time.

The big problem I have with an SSD option for the Pi is that you have to buy an SSD at the same cost as the Pi and you normally use a fraction of the space. This double the cost.

The eMMC that the Pi4 compute module has is perfect size and easy to set up. Which is my choice

option to boot from and USB disk

It’s been possible to boot from USB for a while, although it wasn’t always supported in the proprietary bootloader.

For example, the bootloader we use in Venus (u-boot) can boot from a number of places that a stock Pi cannot (eg USB, the network, a different partition on your SD-card), so you can add the ability to boot/run from SSD even to an Rpi2, but as you say, you must then use an sd-card to bootstrap it (the sd-card will contain the bootcode.bin, start.elf, some other files, a u-boot binary, and a config.txt with kernel=u-boot.bin).

I also recall that when the Raspberry Pi first got the ability to boot from USB, it was a setting you changed in config.txt that became permanent. You could not switch back to booting from SD-card. For me that was a deal-breaker.

The upside to using the sd-card just as a boot partition, is that it is rarely or never written to, so it does last much longer.

But for the price, I’m still inclined to prefer eMMC.

I think the Pi4 can run from the SSD now, but still need an SD for the boot option setting, although that is just reading the few bytes at boot time.

I did my move on my Pi4 (4gb) this morning. Worked great!! Followed these instructions and recommend the change!

No SD needed as you update the EEPROM for the SSD boot option.

He has links to all the resources etc, https://www.youtube.com/watch?v=HA1C1wgyJfI

Hi @gbyleveldt , I would definitely be interested, I have placed a bid on a Lenova I5 last night, I am leading the bid but anything can still happen, the Bidding closes the 30th at 12 noon. If i dont get it I would like to buy yours, providing you dont get a buyer before then.

Please let me know what the price is…

Just see how nicely they go together: 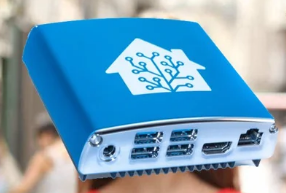 I can also confirm that these work great as a cheaper NUC alternative.

Have been running HA on mine for more than a year now. Upgraded it to 16GB too (I do my camera processing on it with a Google Coral for 8 cameras)

I really like the HA Blue, had everything up and running within 2 hours.

I never backed the previous HA up, so quickly had rebuild the geyser, Borehole, pressure pump and gate automations