Well to be honest, the TH16 with the eWeLink firmware should give you the temperature reading out of the box. Closest to plug-and-play you can get without going something like a Geyserwise.

I went a different route with my Apollo solar geyser. It came with a really cheap probe and temperature reading which had zero intelligence (it was literally just click the on-button, wait until it shows the temperature and turn it off again).

Not wanting to mess with the geyser and stick in my own probe, I decided to focus on the existing temperature probe until I could figure out how it works.

Eventually narrowed it down to a NTC thermistor. Bought a D1 Pro (which has a barrel socket and runs directly from a normal 12v PSU), built a voltage divider, connected it to the D1’s A0 (analog) input, put ESPHome on it and calibrated it by borrowing another probe from the installer and testing different water (tap, refrigerated and boiled water) temperatures with the other probe and another thermometer.

It might not be super accurate (hell and it is even quite noisy) but it is enough for me to know if I need to worry about cold water tonight. And I just left the original probe in the geyser where the installer fit it. 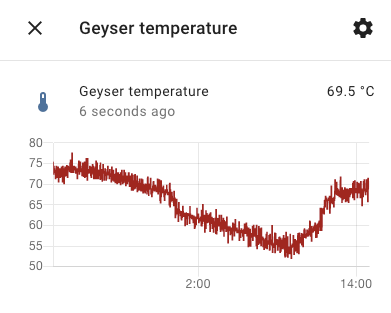 I did run it through a low pass filter in home assistant (basically a moving average) which gives a slightly better signal: 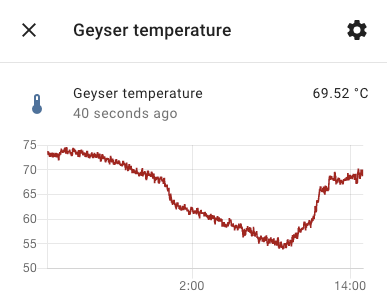 I’ve done a lot of these in various configs at own house and clients. Here’s my general advice/experience: 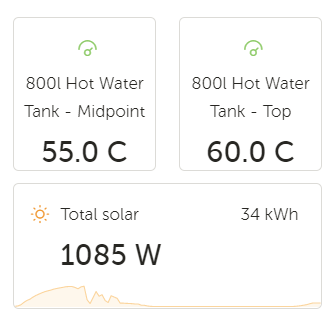 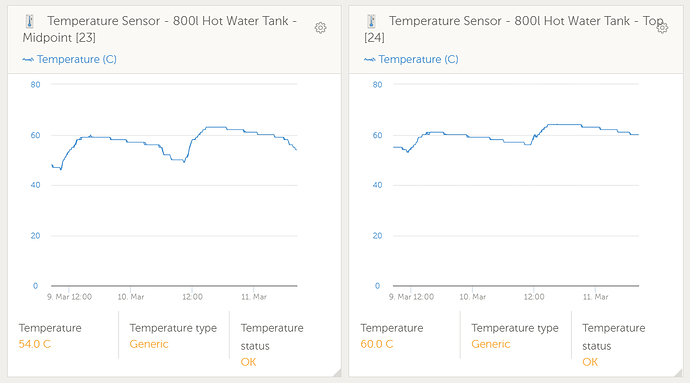 This is a nice option if you have a VenusGX or CerboGX, although those temp probes cost quite a bit more than the other options and you should keep the max temp to <70Deg.

I have tons of them lying around - included with each Victron and don’t use with Li-Ion batts… Was unaware of the <70degC though…why is that?

… I have tons of them lying around …

Are they interchangeable between the inverter and Venus?

This is what the manual says:

AAA, that’s what got stuck in my mind yes …

Are they interchangeable between the inverter and Venus?

Yes. Internally it’s an LM335. You feed it 5V through a resistor (edit: The GX device already includes that resistor, it’s called a pull-up resistor), and it pulls that 5V down for you to a voltage corresponding to the temperature. 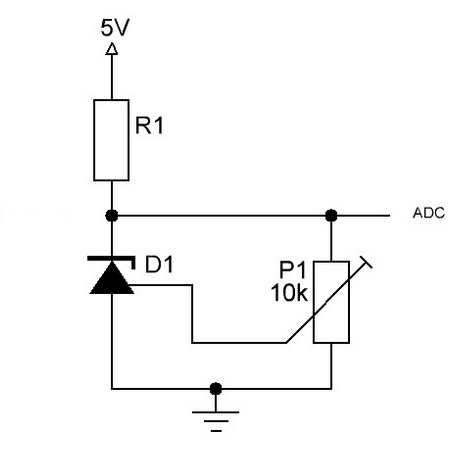 The datasheet indicates that it can go well over 100°C, but that’s the LM335 chip itself. My guess would be that the packaging of the sensor is probably rated lower.