So i have a first gen Sonoff POW (not the R2) that monitors the consumption of my Home Assistant PC, cameras, wifi access points etc. It is probably 3 years old and pretty much running 24x7. Not really high current - max like 500W. I did use it a while back with a 1500w oil heater.

I noticed tonight that there was some arcing occurring from the unit and immediately shut down everything and plugged the Sonoff out. 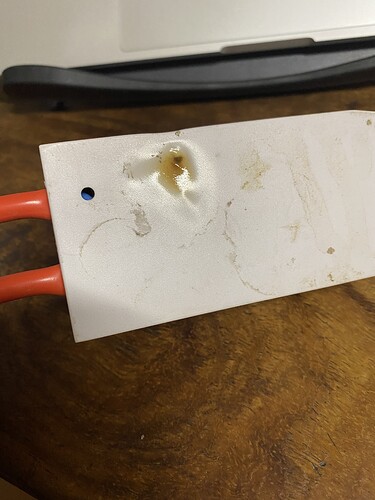 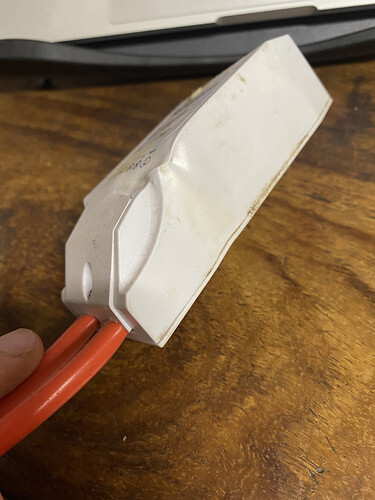 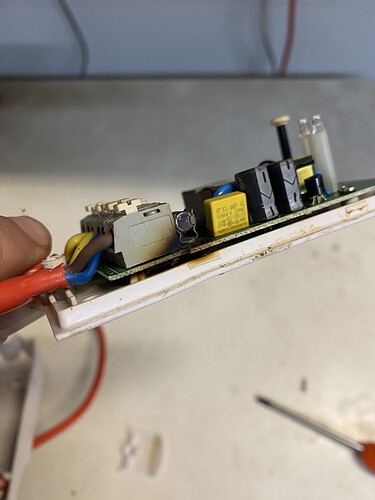 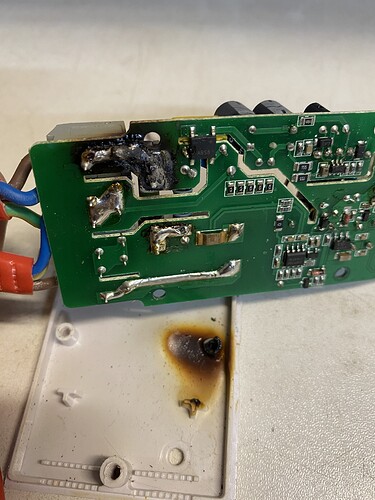 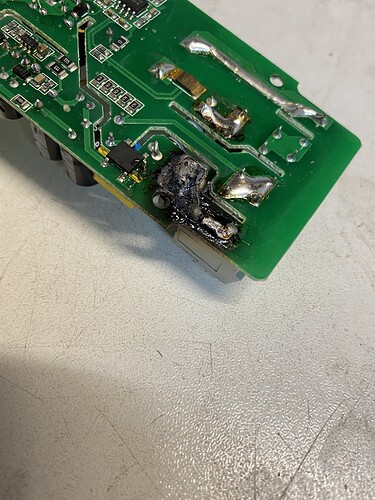 Turns out the first gen with the fuse clip has a problem where the fuse clip itself gets hot, conducts the heat back into the board and eventually fries it. Lucky I caught is early.

It was also the last one where I did the cut-up-the-lead-put-Sonoff-inline trick - definitely not recommended!

I use the 10A model to run my poolpump (750W) directly for 6 months now between 2 to 8 hours per day. Haven’t checked up on it in a while but it seems to have no issues.

Do you use them only to switch a solid state relay instead of putting it in-line with the load?

I think these days it is becoming apparent that you over-rate this kind of gear by at least 100% or more.
(SSR’s as well)
EDIT: Which is what you did here, maybe revise that to 200%

No, because it misses the point with a Sonoff POW to switch a Solid State Relay or a Contactor, and because this is low power usage (compared to a geyser or a pool pump or a borehole).

This one was basically running around 100 - 200W continuously.

I do have another POW R1 powering my borehole, will go and look into that one today. That’s ~900W, but also running much less permanent.

I am in agreement it is preferable that these sort of devices don’t do the heavy switching.

Running something continuously shouldn’t be an issue, because the unit should present a low impedance. In this unit, there was no heat sink in the design and no consideration of the contact resistance of the fuse. You say at 100W or 200W it melted things, lucky, at 10A it would’ve probably caught fire.

In the last few years, there has been a swathe of cheap electronics with ambitious claims and dubious designs - my opinion.

I can’t say for sure that it didn’t cause some damage when I previously ran it on a 1,500W oil heater – where it also ran longer periods at a time. It might have at that point already started smouldering some things, creating improper solder joints which increased resistance further and thus more heat, even at lower amps.

But yeah, chucked that one in the bin - not taking chances, and I would seriously not consider running the POW on more than say 1,000W. The mere fact that there’s a R2 without the fuse is a sign that iTead knew there were design issues and changed some things.

Incidentally, the TH also has the fuse as far as I know, but not sure there’s a R2 of it.

I checked my other POW 1 this morning and it looks fine. 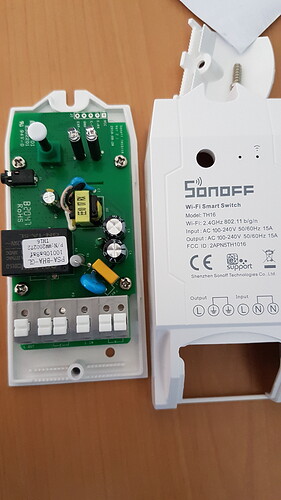 Glad to hear! It might have been the 10 A version as that was the first.

The people complaining on iTead’s site in the link I posted earlier mentioned the TH having the same problem.

I have one of these, although I think it might be a R2 as it is rated at 16A. Even this one has issues with high current loads. It was recommended, somewhere on the net, to not exceed 10A to avoid a fire hazard. I have been using it on my geyser for at least 3 years without issues, but I did change my element to a 2Kw to keep it close to 10A.

I am now replacing it with an “enhanced” CBI ASC DIN rail controller.

I agree with this, I would never run the supposed max through a Sonoff.