Going to put this here since it could be of use to someone like @Sc00bs, or installers that happen to cross paths with batteries like these.

The felicity batteries that seem to be sold under the 5star fivestar name locally appear to support BMS comms only with felicity’s own inverters, Deye and Growatt (maybe limited to Spf 5000?).

If trying to set up comms the following could be of use.

Battery RS485 pinout according to the manual: 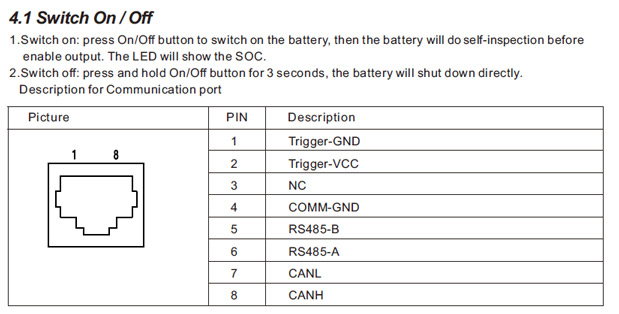 Comms, with Deye at least, apparently require setting protocol to 12 (No idea if this will be of use on sunsynk and do not know if pin-out between sunsynk and deye are identicial). 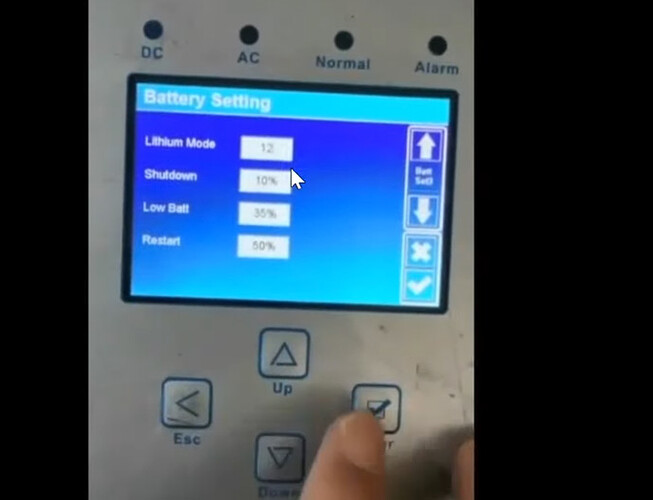 Cells are claimed to be CATL LiFePO4 btw. 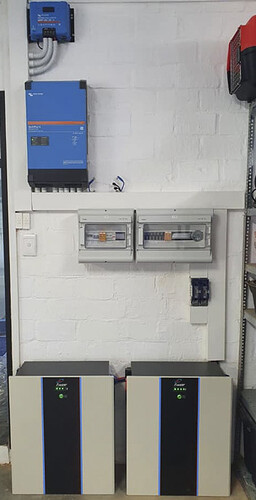 Thanks for in the Info @Village_Idiot