Big breakthrough: Some municipalities can now generate their own electricity

In the past, municipalities were forced to buy all of their electricity from Eskom.

The new regulations demand that municipalities comply with various requirements, including that they must submit feasibility studies about the projects.

Only municipalities that are in “good financial standing” will be allowed to buy or generate their own electricity. This will be the vast minority of local municipalities - only 8% of municipalities received a clean audit in the past year.

But among those were the cities of Cape Town and Ekurhuleni, and both have big plans for procuring their own electricity.

The City of Ekurhuleni previously installed its own generation plants, including a landfill gas project and several rooftop PV plants. It is planning to produce its own electricity at scale, as well as procuring some 680MW generated from the various [renewable energy] sources, mainly solar, [waste to electricity], the municipality previously told Business Insider.

The City of Cape Town has been putting pressure on government to allow municipalities freedom to plan their own energy systems for some time, resorting to the courts in an attempt to procure electricity from independent power producers. 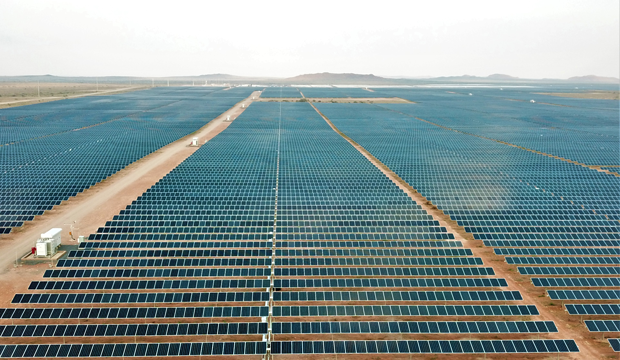 Big breakthrough: Some municipalities can now generate their own electricity

Cape Town and Ekurhuleni may be the first in line.

They previously stated that they will drop the case when they are allowed to procure their own supply, so I would expect them to drop it as soon as it is proclamated.

They previously stated that they will drop the case when they are allowed to procure their own supply, so I would expect them to drop it as soon as it is proclamated.

I read somewhere after the first mentions of this earlier this year, that they said they still want to go ahead to get it entrenched that Munic’s can buy from anywhere, in case a “Dr Zol, Gnl Hat” scenario came about again wanting to change it back again, that only Eskom can sell power.

The investments that are going to start flowing around this is going to be immense, the ANC track record to date not that encouraging at all … so methinks it is better to make sure the ConCourt backs the Gov’s change of heart here, entrench it in the constitution.

In any event, how far we are away from selling power back to CoCT, NO idea.
The meter and daily connection cost put me off totally.
They must make it so that I want to sell to them, like install the bi-directional meter at their cost, their property, keep the R150 ex Vat connection fee, and basta the daily charge they want to charge. I have sent them my proposals.