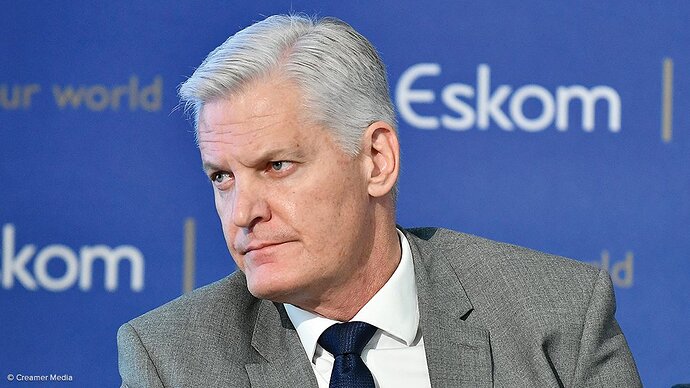 State-owned electricity utility Eskom has confirmed that it has awarded battery energy storage system (BESS) contracts to two supplies for projects with a combined capacity of 199 MW/833 MWh. CEO André de Ruyter confirmed on Wednesday that the...

I have never heard of them personally…

I had a Hyosung motorcycle long ago. It was part of Kawasaki. But nothing with batteries

Jis this is good news!!!

Then we add this: BREAKING NEWS: Eskom awards 18 bids for grid-connected private generation in Mpumalanga

Tensions are rising at Eskom Holdings SOC Ltd., with the struggling South African electricity supplier confirming protests at a number of power plants following a breakdown in wage negotiations.

have blocked roads leading to some of the power stations, which hampers the movement of people and goods into or outside of the facilities, spokesman Sikonathi Mantshantsha said in a text message on Thursday.

While some incidents of intimidation have been reported, the protesters are largely peaceful at this stage.

The development adds pressure on the state-owned utility, already failing to meet electricity demand and forced to implement controlled blackouts to keep the grid from a total collapse.

Eskom, which generates almost all of the nation’s power, reached a deadlock with labour unions in pay talks earlier this week.

The company’s last major wage negotiations in 2018 broke down into labour protests considered illegal because the utility provides an essential service â that resulted in electricity shortages.

A three-year deal was then signed for pay increases of as much as 7.5% annually.

The police have been alerted.

Think it is going to get worse now that the renewables are becoming reality. Wonder what Mantashe’s involvement is …