An interesting find and a history lesson

A while ago, while visiting the local metal recyclers, I saw a roll of what appeared to be a thin binding wire, on a nice spool. 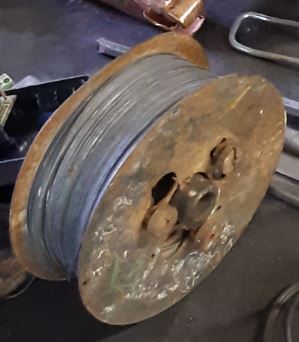 As with a lot of stuff at the recyclers, the roll was slightly rusted, but the wire looked galvanised, so I picked it up and paid R10 for it.

I always look out for rolls of wire which comes in handy for hanging up all my wife’s plants outside, plus you never know what you might need it for.

Took a closer look at home and saw one side could be taken apart with three nicely knurled knobs. Took the side off and the wire, although quite stiff for such thin wire, was in an excellent condition. 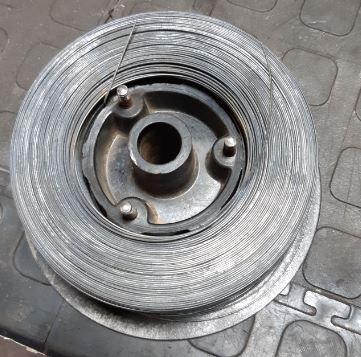 While cleaning up the spool and getting the surface rust off, I found some German markings on the side. The top inscription read “Gebr.Brehmer – Leipzig Plagwitz” and the bottom had a stylised book symbol, with “Brehmer Leipzig” on the pages. 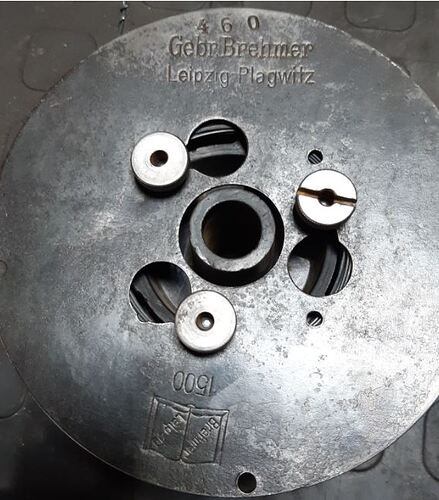 Using Google led me to https://www.leipzig-lexikon.de/biogramm/Brehmer_Hugo.htm, which gave the history of Hugo Brehmer, the inventor of a wire book stitching machine around 1872.

In 1879 he moved from America to Leipzig in Germany and set up a factory making wire book stitching machines.

Also turns out that after the Second World war, the factory ended up on the Russian side, was appropriated by the state and the company name changed to VEB Polygraph.

So, it turns out this humble roll of wire was manufactured prior to 1945 and was finally cleared out of someone’s storage, just to end up at a metal recycler.

Had I not picked it up, it would have been sent off to China as scrap metal and it would have come back to us as a nice new cheap toaster… 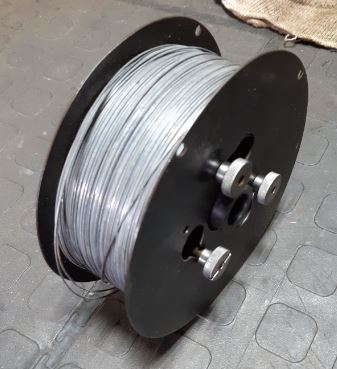