A valve I didn't know about

I have two geysers. Both 150L Kwikots and they are connected in series.
The cold water feeds into the first one (which has had a 200L thermal solar conversion), which then feeds into the second one, (a conventional electric geyser).
The second geyser feeds all the hot water to the house.

It isn’t ideal but it is the way things developed using what was already existing. The idea is that water feeding the second geyser is pre-heated by solar and saves energy. However, this energy-saving isn’t optimum.

I came across a diverter valve that I didn’t know existed.
The way I interpret this valve to function is as follows:
Initially, hot water is taken from the solar geyser then mixed with cold water to supply the house with hot water of a set temperature ( between 35 -55 deg C).
As the solar-heated water depletes and gets cooler, so that it can no longer maintain the desired temperature this water is diverted to feed the electric geyser.
And now the electric geyser feeds the house with hot water, (again mixed to the set temperature).

The idea is that the electric geyser is still being fed with somewhat pre-heated water, but the solar hot water is always used first. 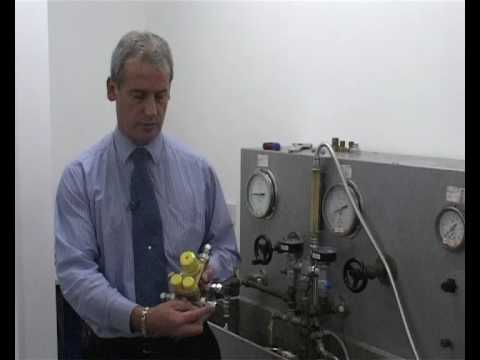 Edit: Come to think about it, although this product is a single valve and very convenient, it could probably be cobbled together from various (fairly common?) individual plumbing components.

In the bad old days any industrial process control function was done by a dedicated controller. So relays were wired to provide the control logic that was required whilst analog controllers performed proportional control etc.
With the development of microprocessor controllers all the control functions were integrated into these ‘programmable controllers’.
These devices were a lot more powerful and could provide remote monitoring of the process.
The complexity of a home RE system strikes me as being so specific and complex that it requires this type of control. This requires that all sensors and actuators are wired directly to the controller.
I’m not in favour of chucking out a successful mass produced dedicated device like a water pressure regulator or a thermostat but these devices can’t easily be incorporated into a complex control system.

The valve is pricey new, but I just picked one up for 40 quid. It’ll be a while before it gets installed though.
I am heading to ZA on Friday, (all things going well). I am taking 4 x 32kg suitcases with me.
It is amazing how much gear I have collected over the past 2 years.
I’ll still need at least two more trips carrying the same amount.
All of it was collected with the big off-grid build in mind.

Are you flying with this ‘luggage’??

Anti scald valve? Usually a cold water line to mix with the hot water from the tank so you can keep water in the tank hotter than anyone could possibly stand on their skin if they got the water straight from the tank. Also allows you to stretch the hot water a bit further than just the size of the tank.

A settable 35-55C anti-scald valve is the valve on the output of this manifold yes.
However, upstream of it within the same manifold is another thermally controlled diverter valve that determines whether the solar geyser or the conventional geyser is the hot water supply.
Then there are various non-return valves also thrown in.

Incidentally, I thought I’d won an auction buying one of these, but it turned out to be an accidental double listing, and so the seller returned my money.

Did you watch the video clip?

Only concern will be if solar system has a means by which to stop boiling the solar tank.

It does seem like a nice device. You do get antiscalding valves and diverter valves locally at around R1000-R1300 each. The first is used in solar installs and the second in heatpump installs. Haven’t seen a combined 1 locally though.

I also have a similar setup to you and I don’t think it’s too inefficient. Yes there will be losses but the beauty of it is that it’s simple. Just have an antiscalding valve at the output of the electric geyser. When I have enough solar PV, I also heat the solar setup to between 70 and 80 degrees, when the tubes don’t do it by itself. Other than the mid day top up of the electric geyser, it doesn’t need any more heating for the day.

I think it would be counter-productive to argue against your logic at this point in time.