A question about earth leakages

The wiring in my house is old (about 50 years old, mostly).
Over the last few months, the earth leakage has started tripping a lot. Not a consistent socket, but a bunch of them (though a fairly consistent set of them).
Generally happens when a high-draw appliance is being used (iron, tumble-dryer, oven, etc), though those appliances themselves are all plugged into very different sockets, on different circuits.

So my question is: Can an earth leakage “degrade”? ie, is it likely that the earth leakage has just become too sensitive, or is it something else?

A pic of the earth leakage on the DB: 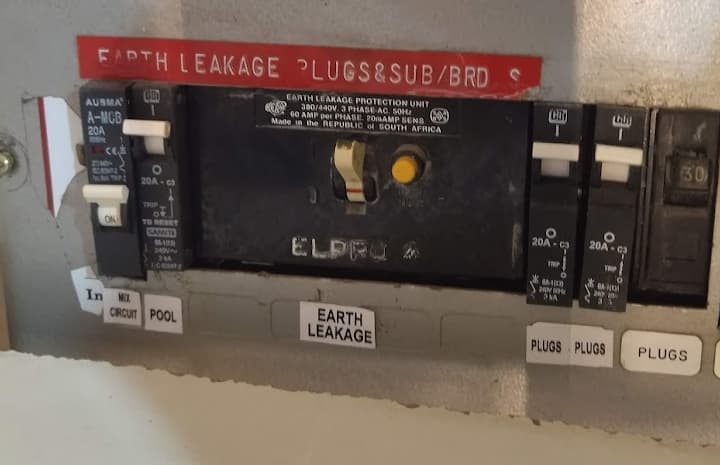 A pic of the earth leakage on the DB:

Oh my… hey! The 1960s called! They want their Earth leakage back!

Yes, they can degrade. I’ve had one that developed a bad connection in the neutral contact, and it would nuisance trip more frequently until one evening it just tripped one last time and refused to reset. The next morning I installed a new Hager, and it cured all the nuisance tripping, including a very weird condition I had at the time…

The weird condition was that the tumble dryer and the electric fence energizer could not be on the same circuit, it would cause nuisance tripping. Different circuits (on the same RCD) was fine though… to this day I don’t understand why that happened…

Sounds like you have a neutral fault. It’s not a dead short yet but any heavy load connected to the same earth leakage might draw enough current to trigger the leakage. The fault might be on a light circuit, but beacuase everything after the earth leakage shares a neutral, the kettle can trigger the trip.

Using an insulation tester on each neutral independently will show you the culprit circuit, then you need to determine where the leakage is in that circuit.

I tend to take the car-route with this. First replace the cheapest part, and the parts that need replacing anyway, if not now, then soon.

A new CBi RCD (without overcurrent) is around R750. That’s less than a good sparky will charge for two hours.

One thing I really want to make, some day, is a device that an ordinary home owner can clamp around the wires to his RCD, and it will tell him his standing leakage. Standing leakage is a normal part of a modern home, since every modern appliance has some form of filter in it that leaks a couple of microamps (or sometimes even milliamps!) to earth. Add enough of them, and you start to get nuisance tripping. Right now the cheapest bit of diagnostic equipment that can tell you this, is around R4k. An hour or two from a good sparky is still cheaper.

@MongooseMan, I can send you a spare insulation tester and talk you through the test. You are hands on enough to do it…

Thanks @JacoDeJongh , that’s much appreciated

I don’t like doing that either. But I thought the CBi should fit in that board, given that the breakers around it also appear to be Samite.

But no mind. If you can borrow the test equipment and you can do the test, that’s obviously cheapest. Do that first

Oh my… hey! The 1960s called! They want their Earth leakage back!

When you can’t recognise the device because it’s before your time then get shot of it!
And then what about the wiring of the house? Do you have fabric insulated wiring strung across the rafters with cleats (and feet have been treading on them and parts of the insulation is no more) ?
Time to move on…

I don’t like doing that either. But I thought the CBi should fit in that board, given that the breakers around it also appear to be Samite.

I apologize Izak, I don’t know what I have seen in my mind, I thought you were talking about ABB or something else. Second time today I misread and answered wrongly. You are correct the CBi is the correct one to use.

I will send one with the tester then @MongooseMan has one ready if it’s the earth leakage.

I am a bit of a DIN-rail fanboy, and I do like the pricey ABB stuff… you know me too well!

I had an earth leakage tripping problem years ago - turns out I just needed to tighten all the wiring in my wall plugs - problem solved.

Just reporting back.
@JacoDeJongh very kindly sent me a spare insulation tester (and a replacement earth leakage unit), but before I could properly test the board started tripping almost constantly. After 5 trips in one morning, we had to get a professional in (work meetings were being disrupted, etc), so called an electrician.

He wasn’t that interested in doing insulation testing, and was pretty convinced the earth leakage was the issue (see pic below to see why…)
He had a nice fight getting the old earth leakage out, and then installed the one Jaco had sent.

Since then, we’ve stress tested the system as much as possible, and no trips, so holding thumbs that the issue is now solved. 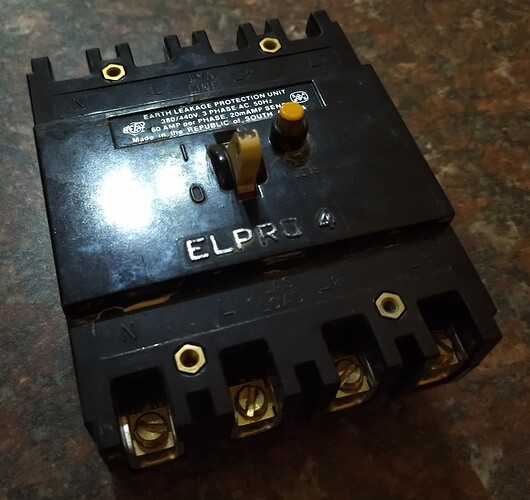 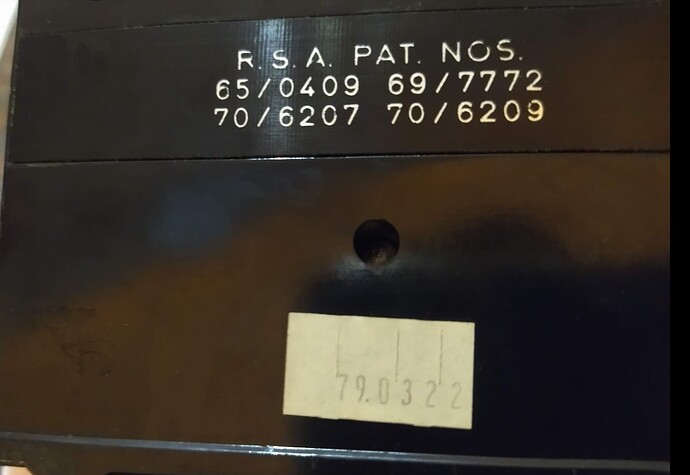 Thanks all (especially Jaco), hopefully this is now solved, even if the full testing wasn’t done.