But I don’t like people to “interpret” meanings on what is not said i.e. “reading between the lines”.

And it helps a LOT thinking “aloud” in a “group”.

I would have ordered a few cells extra in case of a faulty cell anyway.

It was the idea initially yes … and then it evolved cause as I “walked the talk” I realized… this is not for everyone to organize, and the “fat lady has not sung yet” (cells still to arrive) … which lead to the question: How can one mitigate the risks overall yet keep the price per cell low enough that more referrals come in from happy buyers AND I don’t mind doing it on a regular basis, which in turn further ensures the 3-year warranty?

What put me off initially was the massive costs, till we got that sorted i.e. upfront payments, which stems from the fact that I realized that I cannot buy anything from anywhere unless I pay first. So “pass it” on was put in place, cutting out a lot of “padding” in the per-cell price. Cause if I borrowed half a bar to import enough cells to sell and honor the 3-year warranty, R3500 per cell would have probably been the lower number per cell …

But that then made a battery bank cost like R66 000 incl BMS, most DIY’ers then going for 100ah cells … till they want to upgrade, adding another bank and yet another to get to 280ah cell levels to ah.

Brandnames cost a ton for a 15kWh range bank, and it involves a lot of wiring and parts.

Another idea was also born … me with my existing 150ah bank where I’m going to replace 6 cells with 280ah cells, is another component for DIY’ers in that as I replace 6 of my 150ah cells, the next “starter upper” goes from 100ah to 150ah cells piecemeal, or 280ah ones … new opportunities methinks. Along the lines of “got yourself in a bit of a corner, no sweat, sell it on” aka along the lines of “passing it on”.

Furthermore, if one focuses on just one type of cell, learning all about them and their performance over time, and one brand of BMS, that is mos “brand” building = DIY’ers go-to supplier?

The ONE thing I don’t want to get involved in like Plonkster always alludes to is direct support for wanna-be DIY’ers. Helping a knowledgeable person is one thing, having to spend hours finding a problem for no “reward”, unless it is learning, is costly. Costs a ton of money to keep a trained “support desk” in place.

Therein my “DIY market only” focus with forums like this the “community” support … or via value-adding-resellers.

For methinks, once we have ALL the settings down to a T, the volts, the cells, the BMS programming, this COULD be a DIY’ers nirvana!

For methinks, once we have ALL the settings down to a T, the volts, the cells, the BMS programming, this COULD be a DIY’ers nirvana! 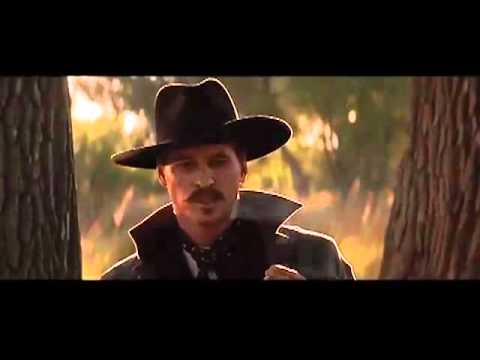 And we have good news …

This is GOOD news indeed!

This sounds like good fun, but first I need some system integration answers:

My Veconfig maxes out at 64V as a setting limit.
VictronConnect for a dummy solar charger seems to max out at 69.59V.
Assuming both are attainable then I think the 64V limit of the inverter would dictate any centrally controlled system that involved inverter charging.
I don’t know for sure though, just a guess.
Maybe you can go higher if only the solar chargers are the only charging devices.
@plonkster ?

I think 64V is the limit. I’ve seen a few systems in the field running in the low 60s so it certainly works.

I have set up to 59.2V myself before now on a Phoenix inverter/charger.
(I had no reason to go higher, but I am sure I could have).

How did this play out? Or are you guys still waiting for your shipment to arrive?

Jip … Waiting for Amy to give me a Bill of Lading …

In the meantime, if it is the right ship, the ship left China on its way to Taiwan.

Because of changes done to shipping Co and Alibaba, Alibaba does not yet have a record of the shipment, so I’m doing it “manually”, assuming it is the right ship, as it was a month ago in SA waters.

Should know in a few days, week.

OK cool, keep the rest of us up to date!

I’m contemplating building a LiFePo4 battery for camping and overlanding, so naturally came back to this thread…

Want to bulk up the next order with 16 cells to get to the 216 per palet I’m told is ideal.

Or maybe I keep them and sell some 2nd hand 2nd Life cells that are behaving beautifully being used daily. Have 12 with of them with another 2 I want to “rescue”.

The cell order/process:
Once I have the bill of lading of THIS batch, I will take the next orders.
Once the cells of this order is in my possession, invoices will be sent out for the 2nd batch.
Once all payments have been received, the next batch will be paid … as I will then know EXACTLY how it all works.

Also hoping to bring in BMS’s with the next batch of cells IF they can add RS485 ports.

My first batch of cells are due to arrive at CT port next week. Once cleared and delivered I will report back here on the experience and introduce my clearing agent.

And the group buy is on a ship heading for Dbn, then Cpt.

Think we can start gathering the next group buy for 280ah Grade A cells.

As I mentioned before, invoices will only be sent out and payable once I have the cells in my hand, but the whole order can be sorted before then.

Am just confirming, again, target is 216 cells per palette.
And that we can order BMS on same shipment. No use one has cells and no BMS now is there.

I keep a WA group for updates and all that specifically for these buys. Send me a PM.

The first order is hours from being delivered. We are now open to see who would like to purchase a 2nd batch with us.

Titbit: If one is VAT registered, importing becomes viable in bulk.

This new range of cells are slightly more expensive, but wow, 6000 cycles!?

Send me a PM if you are interested. We run all updates via a WhatsApp group, for quick and easy communication, of where the order is at, where the ship is, and all that.

So yes, as you point out, I can make the 150ah bank last 6000 cycles … but is that comparing apples with apples?

And THAT is comparing apples with apples.

That is sort of my point. Marketing can get any number they like by setting the test conditions favourably. My own batteries are rated only 2000 cycles. 100% DoD, 1C discharge, EOL at 80%. Very hard to compare to the exact same cell, used by another manufacturer, who got 7000 cycles by using a C/10 rate